The actor, who worked steadily in his younger years and starred in “Clubhouse Detectives,” and the television series “The Jersey,” “Bailey Kippers P.O.V.” was pronounced dead Sunday at his Glendale, California home. 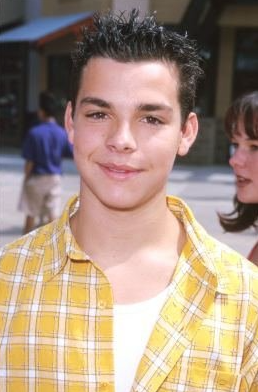 TMZ reports that Michael James Galeota had alcohol-realted issues “racking up 3 DUIs from 2006 – 2015” and even served jail time for probation violations relating to those arrests.

According to E!News, the Los Angeles County Coroner’s office states that Galeota suffered from multiple health issues, including: abdominal pain, diverticulitis, inflammation of the digestive track, hypertension, and high cholesterol.

TMZ reports that Galeota went to a hospital last Wednesday complaining of stomach pains but checked himself out on Wednesday.

Galeota is thus far said to have died from natural causes. An examination is scheduled for Tuesday.

Galeota’s family started a GoFundMe page yesterday to help with the funeral expenses. Thus far, the page has raised $18,631 in donations of their goal of $25,000.

Of note is a single donation in the amount of $5,000 from a user named “Shia L” who may or may not be former Disney “The Jersey” child star Shia LaBeouf.

The family states: Michael “was a precious gift—loving, giving, compassionate, joyful and intelligent… To know him was to love him. Please help us to provide a burial that is worthy of a GIVER.”