GIVING BACK: Child Hunger is a National Issue

You are here:Home-CHILD ACTORS, Giving Back, THE BUZZ-GIVING BACK: Child Hunger is a National Issue
Previous Next

GIVING BACK: Child Hunger is a National Issue

Child Hunger is a National Issue. Having enough to eat should be a given for every human being on the planet. Although hunger is decreasing slowly across the globe, one in eight people still suffer from chronic undernourishment, representing 15% of the population of developing countries.

Children are often the hardest hit. Hungry children worldwide suffer up to 160 days of illness each year, and poor nutrition plays a role in millions of child deaths. But Child Hunger is a National Issue.

Some of the nations who are most affected by childhood hunger are Asia, Africa, Latin American and Caribbean, but it isn’t just a topic for international waters. American children – boys and girls living in neighborhoods across the country, learning side-by-side with your children – are living in food insecure households, or homes where they don’t receive enough to eat and don’t know when they will get their next meal at home. 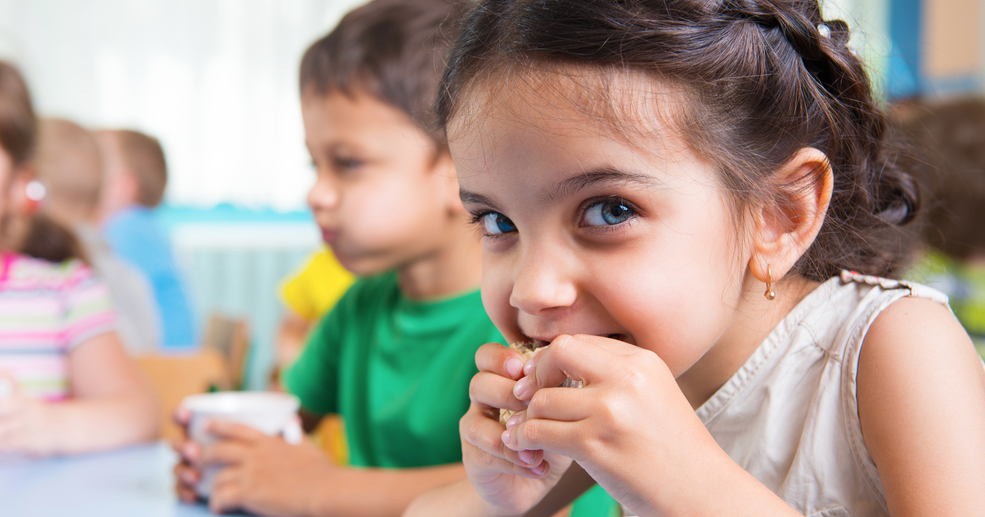 The world produces more than enough food to feed everyone. In fact, world agriculture produces more calories per person than it did 30 years ago, even with a 70% population increase. Instead, one of the biggest causes of hunger is not the availability of food, but poverty. One of 16 people in the United States is living in deep poverty – including 73.7 million American children. Poverty keeps families from putting food on the table and accessing healthy, nutritionally sound foods. Hunger in children can lead to mental, physical and developmental issues ranging from stomachaches and headaches to

The saving grace for many families suffering from food insecurity is the National School Lunch Program, which feeds 30 million children per year breakfasts and lunches that are free or reduced cost. Additionally, teachers are often a supplemental source for snacks and meals, with 10 percent of teachers reporting they buy food for their classrooms at least once a week. Even with federal programs in school, 27 million are missing out on summertime nutrition, as only 2.3 million children take advantage of USDA Summer Food Programs.

The United States is filled with good-hearted people who are ready to make a difference in the lives of others, and are trying to curb childhood hunger one child at a time through programs like the Summer Food Program at the YMCA. This program, funded in-part by the Walmart Foundation, is bringing nutrition breakfasts, lunches, dinners and snacks, to children in more than 1000 communities in the United States. From Seattle to Kentucky to Washington DC, YMCA programs are opening doors for children to receive nutritious meals and summer sports, educational programs, and fun activities to keep them physically and mentally strong.

Find a participating YMCA location now and find out how you can help give our kids a better life, one meal at a time.