The children’s charitable organization The Shoe Crew, run by child actors, collects donated, new shoes to underserved youth and their families, those who are in need of disaster relief, or those who need assistance due to financial hardships.  They’ve recently expanded, having collected over 4089 pairs of shoes, creating 4 branches nationwide, and raising thousands of dollars.

The “Cinderella & Prince Charming Event” was created when Kayla Tinucci, 17,  overheard a group of girls mention that they could not afford dresses for either their prom or graduation. With the help of her friends, Kayla organized a dress drive, collecting more than 600 formal wear items which were donated to “A Place Called Home.”

This year they want to reachout to the acting community specifically and get us involved in donating formalwear from various red carpets events, parties, photo shoots, etc. Several Disney Child Stars will be on hand to greet you – like Kenton Duty (Shake it Up), Bailey Butain (BunHeads), Dylan Riley Snyder (Kickin’ It), and Spencer Boldman (Lab Rats).

The Show Crew is  hosting two “formal wear” events, one this Saturday March 16th, and again April 6, 2013. These are both dress drives in which you and your child can come donate a dress or suit (new/ gently used and dry cleaned).

Come out and donate your dresses & suits for kids who really need them! 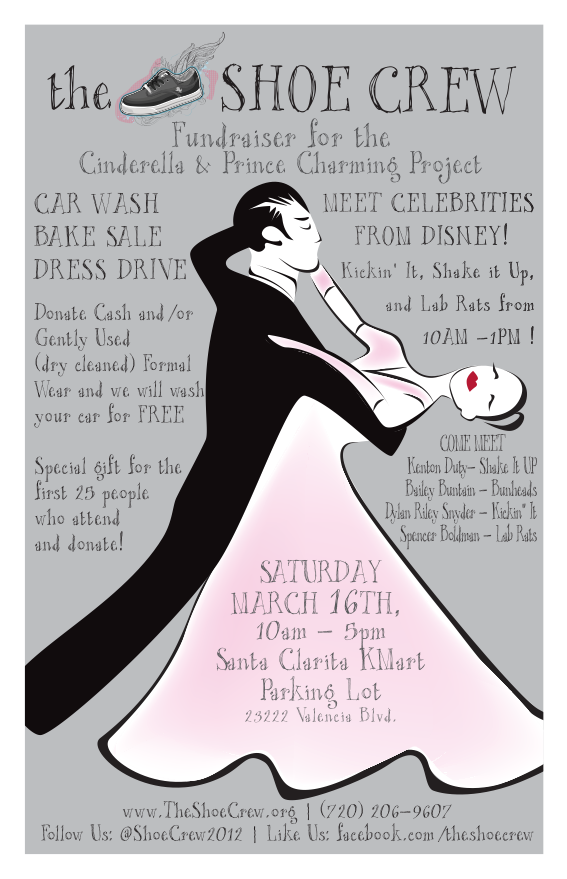