You are here:Home-CHILD ACTORS, Giving Back, THE BUZZ-GIVING BACK: Young Talent DAMONI BURKHARDT Performs with Imagination Heals’ Pacha’s Pajamas to Aid Ailing Children
Previous Next 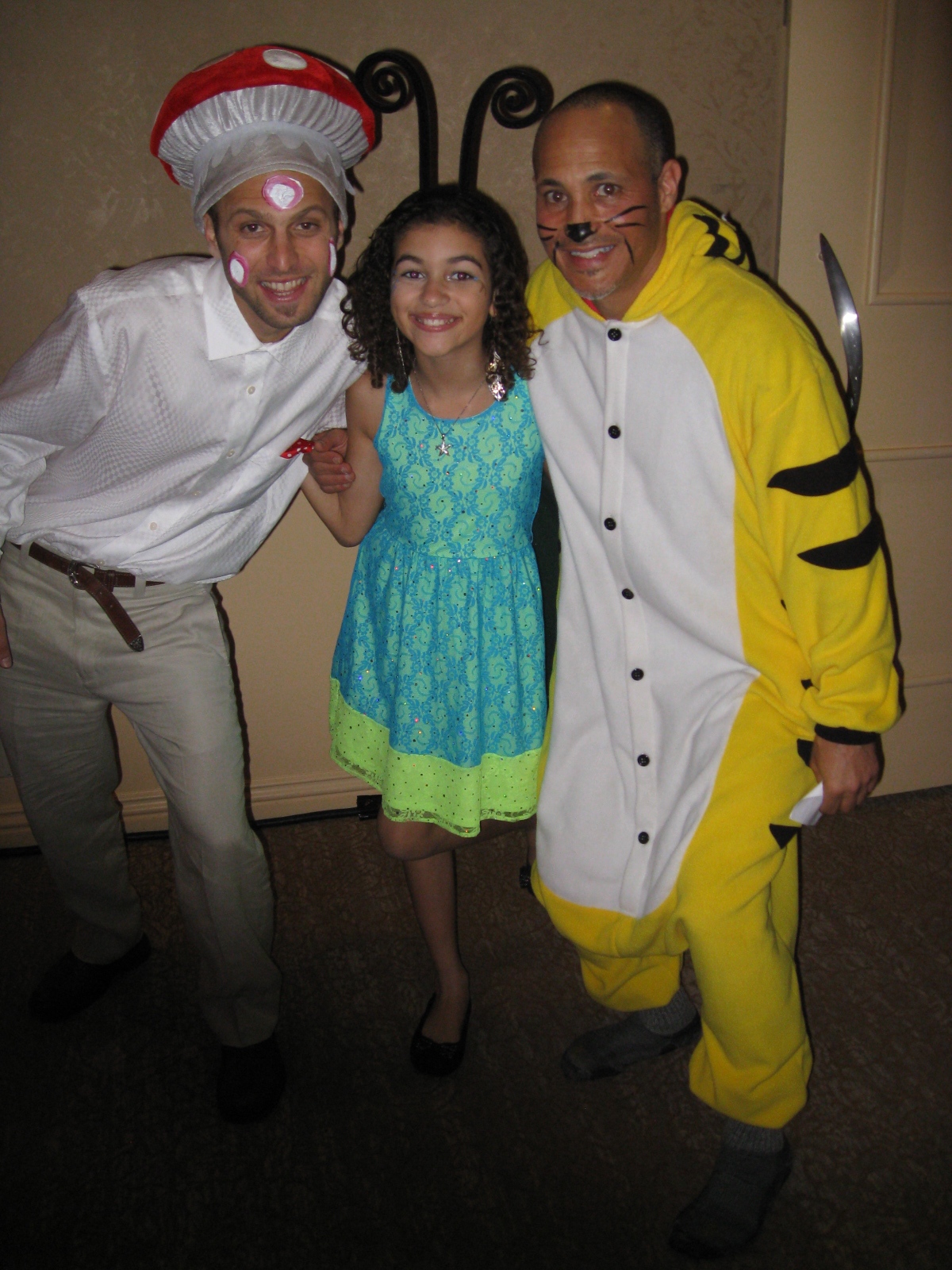 This past Friday evening, February 22, 2013, young talent Damoni “Moni” Burkhardt, 11, performed at the launch of  Imagination Heals, a program which provides inspiration and positive reinforcement through musical entertainment and the arts at a critical time in an ill child’s life.  One of the healing performances showcased at the Beverly Hilton was the musical Pacha’s Pajamas, where Damoni performed  a solo of  John Lennon’s “Imagine.”

Damoni and her Hollywood Mom Dani Burkhardt were very honored to be a part of such an inspirational event.  Damoni shared with HMB, “I am very happy to be part of such a great cause and to be able to bring smiles to so many children’s faces.”  Pacha’s Pajamas is the story of a young girl whose magical pajamas transport her to a global festival organized by plants and animals. The musical conveys positive messages about the importance of following one’s dreams, our connection with the natural world and the power of creative expression.  Moni’s solo performance can be seen here: http://youtu.be/z8n3c_jTozU 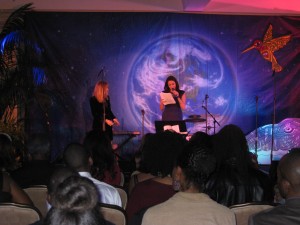 Genevieve Goings was the event host

“It was a really fun event! The Beverly Hilton is amazing and the setup was magical,” Damoni tells HMB of the event, “I had fun making my costume for the performance and made lots of new friends. My manager Cinda Snow (Snow Entertainment) and some of my friends came to watch the show. My favorite part of the night was performing and being in costume and meeting Genevieve Goings from “ChooChoo Soul.”

Every dream-come-true has a heart. In this instance, the dream’s heartbeat is entertainer, author and ecologist Aaron Ableman and his multitalented team of entertainers, musicians, marketing specialists and conservation enthusiasts. “Pacha’s Pajamas” is the culmination of Ableman’s love of helping children and the beginning of a concerted effort to aid in bringing relief and hope to hospitalized children. Inspired by his mother, a nurse, Aaron is a regular visitor at hospitals, performing for kids who both need and deserve a smile. 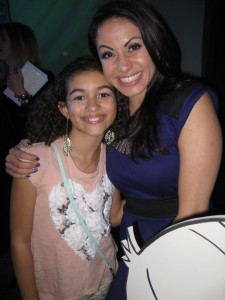 BALANCE Edutainment is a social enterprise that develops transformational entertainment products for pre-teens, founded by Aaron Ableman and Dave Room. Their flagship project is Pacha’s Pajamas, a Children’s Pop Musical that inspires kids to be superheroes for the planet. The soundtrack features 55 artists spanning four generations including Yasiin Bey aka Mos Def (Yo Gabba Gabba, The Boondocks, Hitchhiker’s Guide to the Universe), Cheech Marin (The Lion King, Cars, Beverly Hills Chihuahua), Talib Kweli, Majora Carter (Peabody Award winning public-radio series The Promised Land), Lyrics Born, Lester Chambers (The Chambers Brothers), Agape Youth Choir and a dozen youth stars including Lil JaXe and Ta’Kaiya Blaney. Founders Ableman and Room have pledged that an amount equal to at least 50% the profits distributed to founders will go to charitable causes and to the seeding of social enterprises.