You are here:Home-Casting News, CHILD ACTORS, Child Stars, In the News, THE BUZZ-GUESS Kids Spring 2013 Campaign Continues Trend of Casting Celeb-U-Tots With Dannielynn Birkhead
Previous Next

GUESS released two photos of Birkhead from their Spring 2013 campaign, shot in Malibu by Elliston Lutz and directed by the brand’s Creative Director, Paul Marciano. 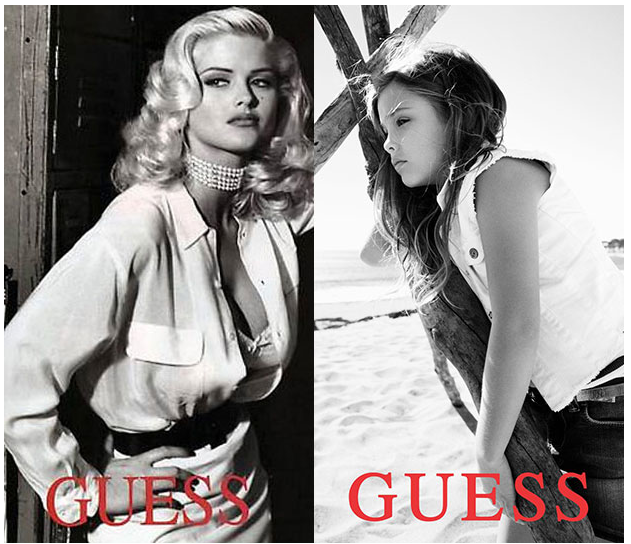 Of the choice, Marciano said: “Dannielynn has the same playful spirit that her mother had on a set. She is a second-generation GUESS girl, which makes this campaign a first for us.”

Anna Nicole was the GUESS girl in 1992,  in a layout inspired by Janye Mansfield. The campaign has become iconic.

This is Dannielynn Birkhead’s first foray into the world of entertainment.