Hailee Steinfeld Cast in Daniel Handler’s “Why We Broke Up”

You are here:Home-Casting News, CHILD ACTORS, THE BUZZ-Hailee Steinfeld Cast in Daniel Handler’s “Why We Broke Up”
Previous Next

Hailee Steinfeld Cast in Daniel Handler’s “Why We Broke Up”

True Grit break-through child star Hailee Steinfeld signed on to play the lead in Why We Broke Up, the film adaptation of Daniel Handler‘s recent novel a while back and the project is still listed as “In Development.” Better known to us moms as Lemony Snicket, Handler also wrote the “A Series of Unfortunate Events” books, my daughter’s “all-time favorites” also known as “the only books she’s actually enjoyed reading. Ever.”  After watching Handler comically interview people in Grand Central Station about their past heart breaks I decided I would like him to be one of my besties. Yes, he’s that adorable. But don’t take my word for it; check him out for yourself.  But remember, I have first dibs. 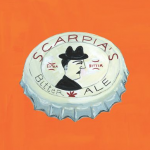 Min Green and Ed Slaterton are breaking up, so Min is writing Ed a letter and giving him a box. Inside the box is why they broke up. Two bottle caps, a movie ticket, a folded note, a box of matches, a protractor, books, a toy truck, a pair of ugly earrings, a comb from a motel room, and every other item collected over the course of a giddy, intimate, heartbreaking relationship. Item after item is illustrated and accounted for, and then the box, like a girlfriend, will be dumped.

Steinfeld will play the lead character Min with Beth McCarthy-Miller (30 Rock) attached to direct for Fox 2000.

Steinfeld is represented by ICM Partners and Coast to Coast Talent Group. She will next appear in Ender’s Game.

The book has its own Tumblr site (www.whywebrokeupproject.tumblr.com), where people can post their own breakup anecdotes.

Fun fact: Handlers first book was rejected 37 times before it was published!