You are here:Home-CHILD ACTORS, New talent, THE BUZZ-HBO’s “Shameless” Features a Family of Talented Child Actors!
Previous Next

William H. Macy and the cast of "Shameless"

In a recent interview with Parent Dish, accomplished actor William H. Macy, star of the new Showtime series “Shameless,” shared that he would support his kids (with wife Felicity Huffman) going into show business but not while they’re minors.

“I’ve got no problem if they want to go into this business. I love the business certainly. I don’t want them to be child actors. If they want to do some plays in school and later on after college, if they want to pursue it, I’ll throw whatever weight I have left behind them,” Macy says.

On his take of being a Hollywood Mom or Dad Macy shares, “It’s very difficult. We have kids on our show and my hats off to their parents. But the truth of the matter is the parents have to be there all the time. I would certainly not leave my daughter on a set [alone]; I’d want to be there every second.”

So who are the lucky child actors who get to work alongside the talented Mr. Macy? 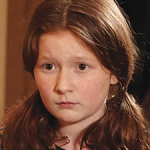 Born in Manhattan, Emma Kenney realized her passion for performing at age four. Since then, she’s appeared in numerous national commercials and voiceovers. Kenney also has enthusiasm for being behind the camera and directed her first movie, The New Girl in Town. The film was honored as a finalist at the 2009 New Jersey International Film Festival, making Emma the youngest filmmaker ever to receive that honor. Due to her directorial success, local news outlets featured stories on Kenney’s accomplishment. When she is not acting or directing, she enjoys playing with her animals and one day, hopes to open an animal shelter. Emma is now splitting her time between New Jersey and Los Angeles. She s represented by Innovative Artists and managed by Elise Koseff of J. Mitchell Management in NYC. 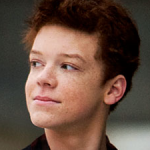 Within the last year, Cameron Monaghan has appeared in six television series including Fringe, Monk, The Mentalist,Three Rivers, Terriers and The Glades. In addition to the guest star work, Monaghan has completed filming on Safe Harbor, a television movie opposite Treat Williams and the feature film Another Harvest Moon, opposite Ernest Borgnine and Richard Schiff. Monaghan’s theatrical debut was in The Music Man in 2003, opposite Victor Garber. Other notable feature credits include Sony’s Click opposite Adam Sandler and Disney’s Three Investigator’s franchise. He will next be seen in the feature film Prom, set for release in April of 2011. He is represented by CESD and managed by Kritzer Levine Wilkins Griffin Entertainment. 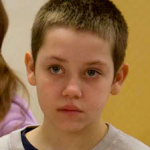 Ethan Cutkosky started acting at four years old in commercials and advertising campaigns. His first film break came at age seven when he appeared in Fred Clause, opposite Vince Vaughn. A year later, Cutkosky landed a major role in the horror film The Unborn with Gary Oldman. Playing “Carl Gallagher” in SHAMELESS is a perfect role for him, except that he is an animal lover in real life. He has a black cat named Bear, two anoles, a fire bellied toad and a crested gecko he calls “Colby.”  Cutkosky lives in Chicago and is a second degree black belt in Taekwondo. Like his “Shameless” brother Monaghan, Ethan is with CESD across the board and managed by Kritzer Levine Wilkins Griffin Entertainment. 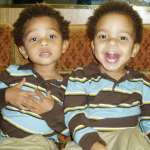 And let us not forget the cutie patootie twin toddlers Blake Alexander Johnson and Brennan Kane Johnson, who play Liam Gallagher. The twins are represented by Jet Set Models agent Paloma Jackson.  You may recall that HMB posted for this twins role several months ago.

About Shameless: Meet the fabulously dysfunctional Gallagher family. Dad’s a drunk, Mom split long ago, eldest daughter Fiona tries to hold the family together. Eldest son Philip (Lip) trades his physics tutoring skills for sexual favors from neighborhood girls. Middle son Ian is gay. Youngest daughter Debbie is stealing money from her UNICEF collection. Ten-year-old Carl is a budding sociopath and an arsonist, and toddler Liam is – well, he might actually be black, but nobody has a clue how.  Sundays at 10 p.m. on Showtime.  Follow them all on twitter.com/SHO_Shameless