One of the perks of raising a family in Los Angeles is receiving opportunities to attend exclusive events, screenings, parties and red carpet events. Last week, one such opportunity came in the form of a text message from our generous friend from The Laugh Factory, Dane Cook: “Hey, do you and the kids want to come to the Planes premiere?”

And just like that, my lucky little L.A. kidlets, Shelby and Cash, were on their way to the world premiere of Disney’s Planes: Fire & Rescue at El Capitan Theatre in the heart of Hollywood!

Never one to disappoint, Disney pulled out all the stops for this premiere, shutting down Hollywood Boulevard with a full-blown Planes-themed carnival.  After walking the red carpet – and smiling at the thousands of people pressed up against the barricades who were trying to figure out if we were anyone famous – we received complimentary Planes caps and candy dispensers and headed on in to the party.

This spectacular, kid-friendly event had everything from an elaborate fire-and-rescue vehicles display to the Planes of Fame Air Museum to miniature plane sand art tables, a bounce house and a water-play station. The Los Angeles Fire Department supplied actual firefighting uniforms for the kids to wear and they even brought a few of their Dalmatians for a meet and greet. My kids spent some time playing with the pups alongside child star Aubrey Anderson-Emmons, the actress who plays Lily Tucker-Pritchett on Modern Family! 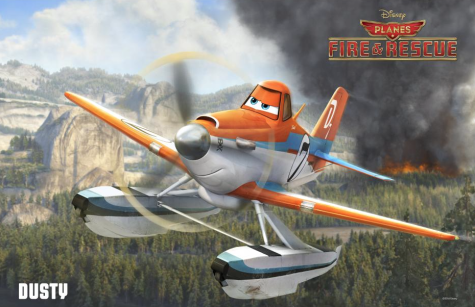 We watched the 3-D movie in style. Our orchestra seats were amazing and the kids enjoyed the bottomless popcorn and juice supplied by the theater. Momma, on the other hand, enjoyed the bottomless wine provided pre-theater entrance. For a 4 year old, Cash is pretty well-behaved in the movies. He just had some minor issues with controlling the volume of his voice, i.e. “MOM, I HAVE TO GO PEE NOW.”  But overall, movie behavior for both kids was stellar and nobody left in tears, including me. So, thumbs up to that!

Having been lucky enough to attend both the first and second Planes premieres thanks to Dane Cook, the kids are now starting to associate the these films with carnivals and an abundance of swag. When we got home the first question out of their mouths was, “When can we go see Planes 3?”   Sigh…

While we wait for the third installment of planes, both my kids and yours can occupy themselves with some of these PLANES activities! 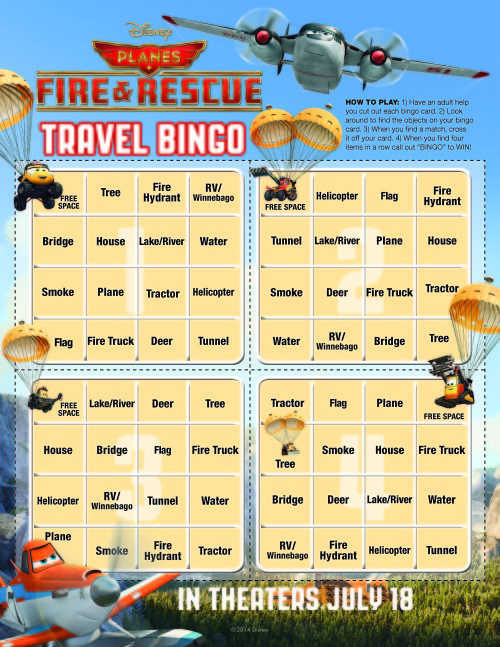 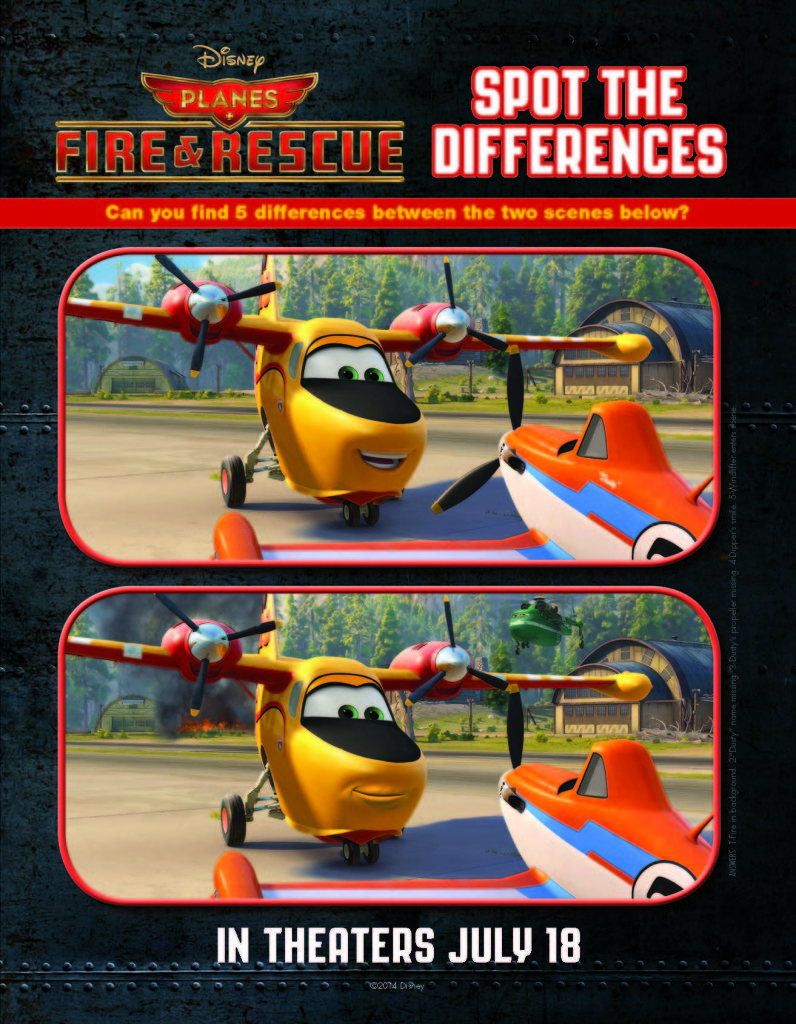 We had an awesome time and highly recommend you take your kids to Disney’s Planes: Fire & Rescue this summer at a theater near you!

“Planes: Fire & Rescue” is a new adventure-comedy about second chances, featuring a dynamic crew of elite firefighting aircraft devoted to protecting historic Piston Peak National Park from raging wildfire. When world-famous air racer Dusty (voice of Dane Cook) learns that his engine is damaged and he may never race again, he must shift gears and is launched into the world of aerial firefighting. Dusty joins forces with veteran fire-and-rescue helicopter Blade Ranger (voice of Ed Harris) and his courageous team, including spirited air tanker Dipper (voice of Julie Bowen), heavy-lift helicopter Windlifter (voice of Wes Studi), ex-military transport Cabbie (voice of Captain Dale Dye) and a lively bunch of brave all-terrain vehicles known as The Smokejumpers. Together, the fearless team battles a massive wildfire and Dusty learns what it takes to become a true hero. Directed by Bobs Gannaway (“Secret of the Wings”) and produced by Ferrell Barron (“The Fox and the Hound 2”)