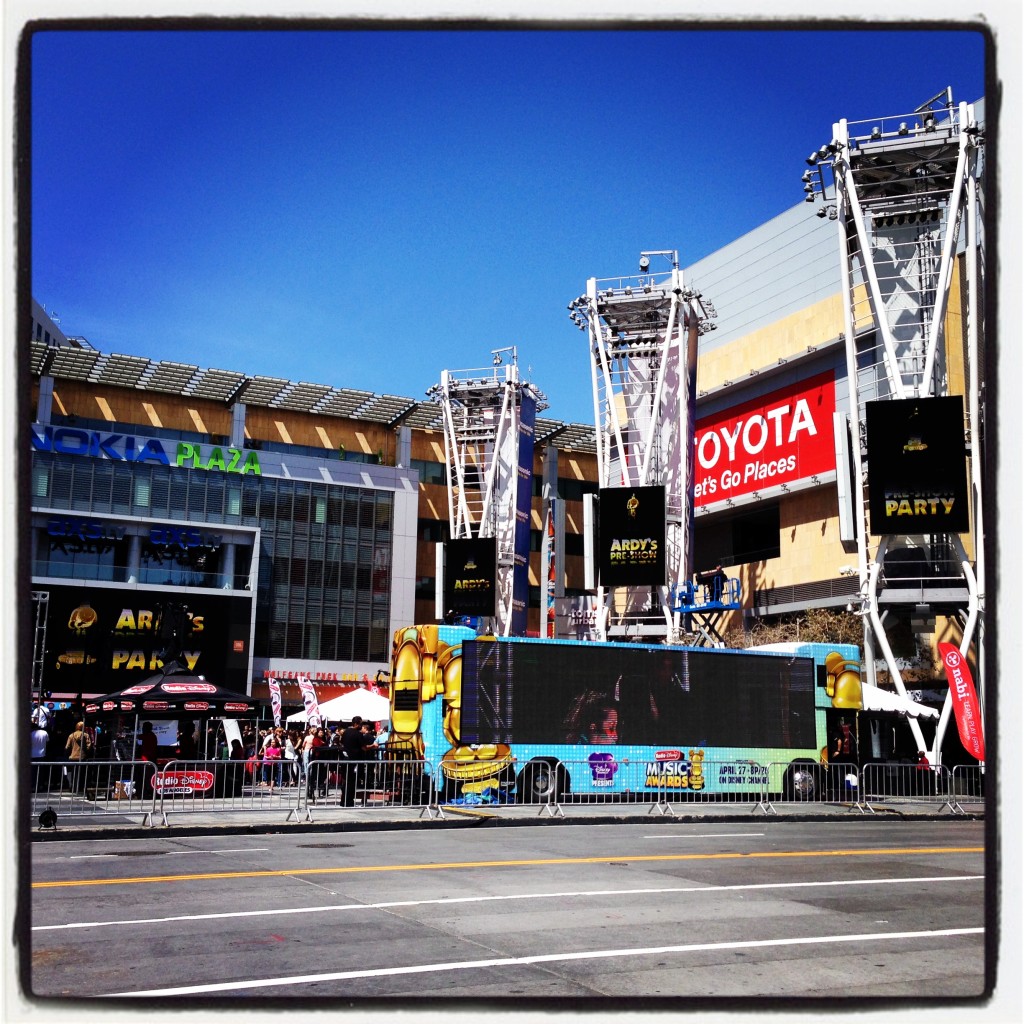 Last Saturday’s Disney’s 2014 Radio Disney Music Awards at the Nokia Theatre L.A. LIVE were in a word, FANTASTIC!  For Hollywood Mom Blog it started with this: 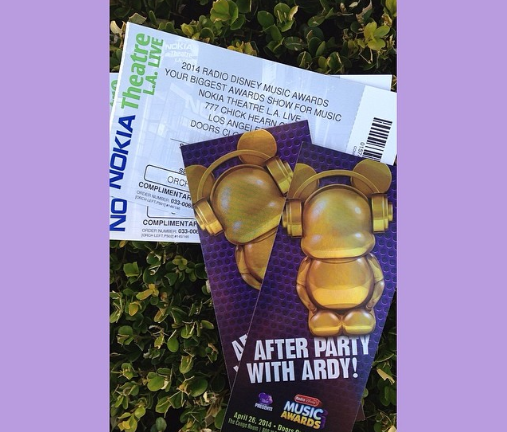 Where it all began – Thanks to Radio Disney and Rolf Bleu for a wonderful afternoon!

And by “this” I refer to the most highly coveted tickets. EVER. Honestly!  As most Hollywood Moms can attest, seats to the 2014 Radio Disney Music Awards were hotter and harder to come by than a Willy Wonka golden ticket was for Violet Beauregard.  Thank you to Radio Disney for including Hollywood Mom Blog in the festivities. I literally hummed this tune when I finally got those bad boys in my hand, which by the way, was all of about 5 seconds before I walked through the guarded doors of the Nokia Theatre. Apparently, I like to live dangerously.

The Pre Show, which was very well organized, was open to the public – Awesome! The audience, made up of mostly tweens and teens, went absolutely nuts when Disney Stars like Olivia Holt took the stage.

We saw so many HMB friends like child actors Marlowe Peyton, Merit Leighton, Jordan Bobbitt, Nikki Hahn, Brianna Curiel, Bailey Stillwell – the list goes on and on!  Not to mention some of our favorite child performers on stage like Rowan Blanchard, Auggie Maturo, Zendaya, Olivia Holt and  Austin Mahone!  If you were there too –  please let us know in the comment section! 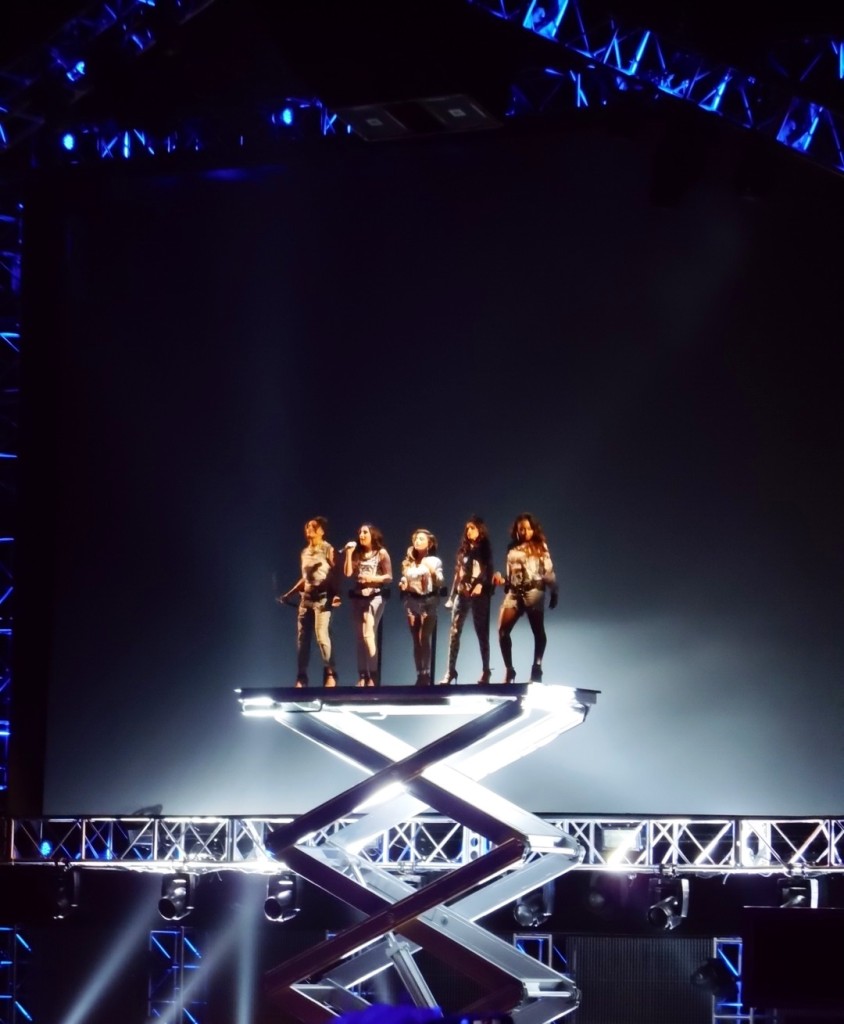 The big winners of the evening were Fifth Harmony who won 2 Ardys and performed at the ceremony! Photograph by Suzette Troch Stapp

Freshest – Best New Artist* Becky G Musical Mashup – Best Musical Collaboration* Everything Has Changed – Taylor Swift feat. Ed Sheeran So Happy – Best Song That Makes You Smile (Sponsored by ARM & HAMMER Tooth Tunes)* Ooh La La – Britney Spears #Cool – Radio Disney’s Most Talked About Artist* Selena Gomez Stuck In Our Heads – Catchiest New Song* The Fox (What Does The Fox Say?) – Ylvis That’s My Jam – Best Song To Rock Out To With Your BFF* Me & My Girls – Fifth Harmony Soundtraxx – Favorite Song From a Movie Or TV Show* Let It Go – Idina Menzel (“Frozen”) Move – Best Song To Dance To* Birthday – Selena Gomez Hit The Road – Favorite Roadtrip Song (Sponsored by GEICO)* Made In The USA – Demi Lovato You’ve Got Swag! – Artist With The Best Style (Sponsored by Justice)* Zendaya *Online-only category In addition to the music awards, the RDMAs honored Shakira with the Hero Award for her work through her Barefoot Foundation, which aids and supports the lives of children through education. Shakira also helped present the Heroes for Change Award, which recognized three exemplary kids for making a difference in their communities. All Disney Performers, Honorees and Presenters received Rolf Bleu goody bags – Lucky!

The after party in the Conga Room was an evening highlight because I got to catch up with Hollywood Moms Maha Sweiss Maturo (Mom to Ocean and Auggie Maturo) and Elizabeth Folk-Blanchard (mom to Rowan, Carmen and Shane). Be sure to watch Rowan Blanchard and Auggie Maturo on their highly anticipated, new Disney Channel TV series “Girl Meets World,” premiering Monday, May 5! 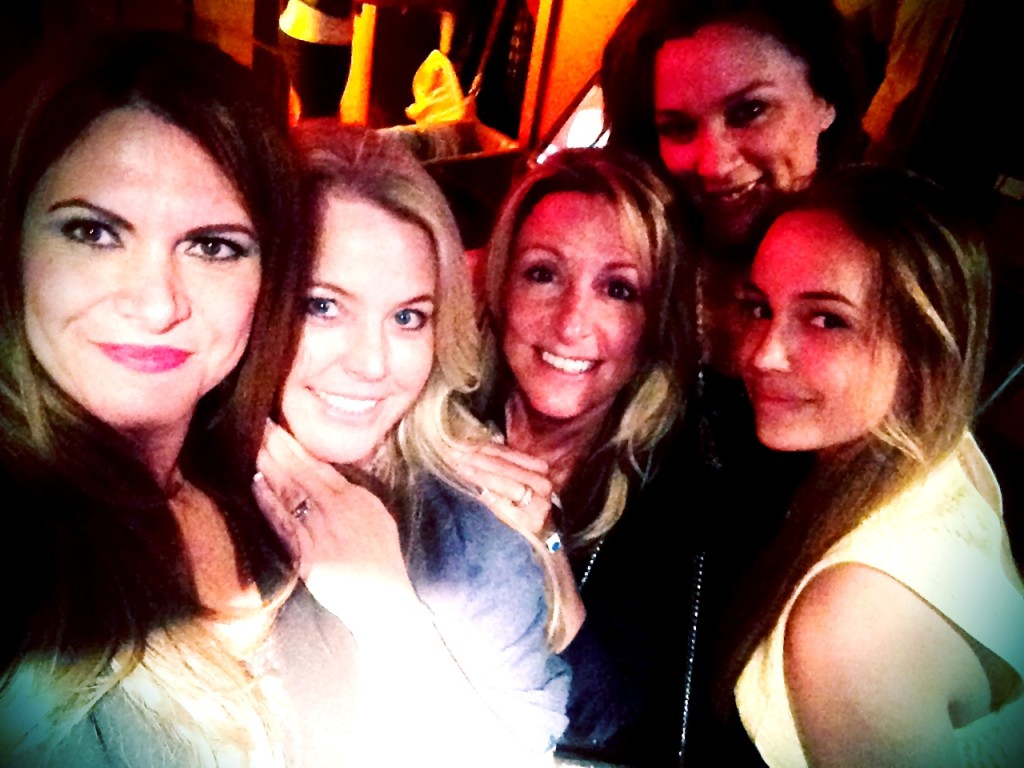