You are here:Home-Top Child Stars-Ariel Winter-#ChildStar ARIEL WINTER in Permanent Custody of Her Older Sister Shanelle Gray
Previous Next

It’s a happy Cinco De Mayo (which is ironically Mexico’s “Day of the Battle” celebration) for one of Hollywood’s brightest TV Child Stars. The ugly custody fight of Modern Family’s Ariel Winter, age 16, has concluded with Judge Daniel Murphy declaring the actress’ older sister, Shanelle Gray, (a former child actor as well) as Ariel’s permanent guardian. Winter’s father will be in full control of Ariel’s finances effective until Winter turns 18 in January 2016.

The agreement was reached just before a trial was set to begin on who would care for the 16-year-old actress.

Winter’s Hollywood Mom Chrisoula Workman agreed to drop objections to the original ruling today in court with the provision that both Ariel and Shanelle watch a video montage of family photos before the court adjourned. Workman again insisted that the abuse allegations made against her were false. “I have never abused my daughter,” Workman advised the court.

As they say South of Border, Aye Yai Yai. 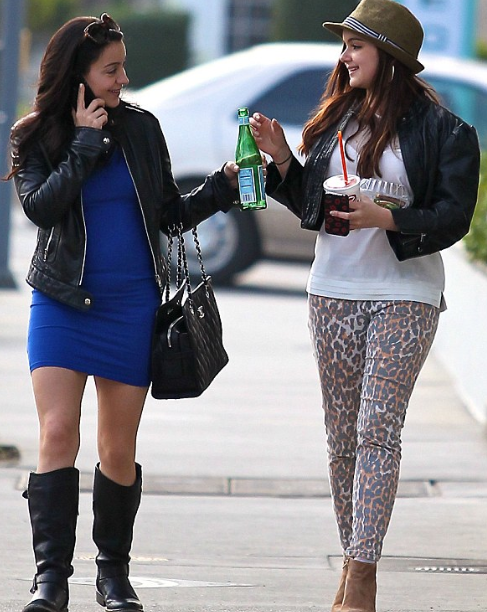 Workman had previously alleged that the true cause of the mother-daughter rift was Winter’s sexual relationship with 18 year old boyfriend, Cameron Palatas.

The judge agreed to the photo show, and both Winter and Gray reportedly teared up as childhood images were displayed on a projector.

Winter, who made no comments, was told by the judge that it is her decision whether or not she visits her mother in the future.

Ariel Winter has been living with her sister since 2012, when a temporary guardianship was initially put into place after she claimed her mother was physically and emotionally abusing her.

A different judge previously said that an initial report by child protective services found evidence of emotional abuse, but that claims of physical abuse were unsubstantiated.