You are here:Home-CHILD STAR STYLE, Film Festivals, THE BUZZ-International Family Film Festival Presents IFFF YouthFest this Saturday, May 4 at Raleigh Studios!
Previous Next

This coming Saturday, May 4th, 2013, the International Family Film Festival (IFFF) will shine the spotlight on our industry youth both in front of and behind the camera, highlighting a fun-filled day full of films made by children and teens ages 8 – 18 with workshops, celebrity signings and other special events at Raleigh Studios Hollywood.

The day kicks off with film screenings starting at 9:00 a.m. and several fabulous, food trucks will be on the Raleigh lot to serve lunch and snack foods throughout the day.

*Tickets are not mailed, but can be picked up at the Festival Ticket Office on May 4th, 2013.*

Music with Saint Tone at 9:30 am Chaplin Theater

Short Films at 11:00 am Chaplin Theater

Acting Up! Workshop with Pro Claire Winters at 12:30 pm Cantina 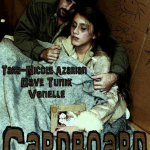 Synopsis: In the wake of the economic downturn, homelessness is a problem that faces families. Unfortunately, in America, there are few options, for families seeking shelter. If faced with adversity, what would you do to keep your family together?

Synopsis: In this philosophical drama, a ‘what-if’ conundrum is put into effect as an otherworldly figure throws a ‘circuit breaker’ in a back alley of a modern town, plunging everything but the people decades into the past. This film challenges the notion of progress and questions just how much e rely on mechanization.

Follow Cy as he explores his homey environment in a most unusual way.

Synopsis: Babies (that are played by older children), are using pacifiers…then they get out of bed, and start fighting each other, and use laser guns.

Synopsis: A young girl runs into some problems, when her father asks her to do some gardening.

Synopsis: An uplifting story of a lifelong friendship exquisitely pictured in animation. Inspired by the watercolour paintings of the Yorkshire countryside. Betty and Dorothy reveal an extraordinary period of change in English country life. During war and peace their friendship remains constant throughout.

Synopsis: This film explores the Paralympic Values of determination, inspiration, courage and equality. Produced by 497 disabled and non-disabled young people from 12 countries across the globe. From March to June 2012, the children from 24 schools collaborated to create an animation depicting a journey of the Paralympic torch, from the birthplace at Stoke Mandeville Hospital to London and its handover to Brazil in 2016.

Synopsis: Some old people have to cross the street in order to go to the dentist office for new dentures. They had a lot of trouble crossing the street getting there, but coming back home, a good Samaritan posted a sign at the street to let the drivers know that they were going to cross.

Synopsis: A space ship lands on a strange planet, and the pilot finds a group of ‘green men aliens’ protecting a strange object. 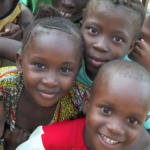 Synopsis: This film explores the daily life of villagers in Mali, Africa: the challenges they face and the hope that they have for the future.

This film is by 12 year old Luke Broyles who traveled to Mali, Africa in 2011 to meet and document these kind and generous people.

Synopsis: The Manhattan Beach Middle School District has begun to provide IPads for all of the 6th grade students. The Principal and Teachers are interviewed and asked if they feel the IPad is a good use for research and fundamental subjects.

Synopsis: Electronic communication is both a blessing and a curse. According to the CDC, suicide is the 3rd leading cause of death among young people, resulting in about 4,000 deaths per year. For every suicide there are at least 100 attempts.

Synopsis: Will their differences put an end to David and Neils’ friendship?

Synopsis: A man bought a camera from a second-hand store, and when he started to film…a ghostly villain appears in each frame, and starts to stab the actors.

Synopsis: This short film is about the heart and soul of classic ink-pressed books. It is told through the voice of a book, and it tries to persuade the audience to continue reading classic style books instead of digital or audio books.

Synopsis: This film tells the story of Megan, a closeted gay 15-year-old, who runs away from her mother’s expectations. Hiding in an abandoned subway tunnel, she uses spray paint to create art for her mother. Megan hopes that through this gallery of graffiti, she can help her mother understand who she is.

Synopsis: New student Jo immediately gets off on the wrong foot with the popular girls. Little does Heather know how much she actually will need Jo. This film was produced as a part of Verve Studios Film Acting for Teens Camp 2012.

Synopsis: A poetic interpretation of falling in love.

Synopsis: Tara, a teenager who dreams of a successful future in business, must manage the school Bookstore for one day. Dealing with her preoccupied employees and the craziness that gets in the way of her ambitions.

Synopsis: When Principal Swidler posts a notice that everyone must participate in the all-school talent show, some students are thrilled and others terrified. This film was produced as a part of Verve Studios Film Acting for Kids Camp 2012

Synopsis: “If Sara wins, she’ll waste the whole year and nothing will change. If Sam wins, he might do some nice things for the environment, but nothing to better the student’s daily life and routine.”

This is a comedic look at the election process in Middle School. This film was produced as a part of Verve Studios Film Acting for Tweens Camp 2012.

Synopsis: Mr. Raindrop finally figures out that his purpose in life is to keep the earth, plants and trees green with his water drops, instead of just splashing around in mud puddles. 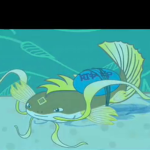 Synopsis: A young girl named Dani was visiting an amusement park with her family in Japan with her pet cat Iggy. She was having so much fun until some mean kids blocked the entrance to her next ride, the Glop of Doom. All of a sudden, the earth began to tremble, she thought about what to do to help, and she was transported to the Catfish Kingdom where she met Kashima and The Namazu.

Synopsis: When a pilot lands at the South Pole, little does he know that his scientific expedition will lead him to a lesson in friendship and kindness to others

Synopsis: When a restroom sign man falls in love with his female counterpart, he will try his best to win her love.

A Quest for Peace: Nonviolence Among Religions   10 Minutes

Synopsis: Young filmmaker Matthew Evans takes a look at one of the most pressing issues in our modern society: violence among religions. Through discussions with Arun Gandhi and local religion leaders, Matthew learns powerful lessons about nonviolence, acceptance, and cultural understanding. As Gandhi has said, “We must become the change we wish to see in our world!”

Synopsis: I could live a rich man’s life, but he could never live mine

Synopsis: Whenever someone dies due to violence, the entire community is impacted. But nowhere is the devastating effect felt more than in the homes. Press Pass TV’s youth explores the impact violence has on siblings and what we as a community can do to lessen it. 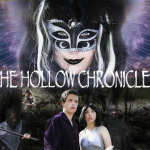 Synopsis: In this Chapter of The Hollow Chronicles, Fear uses the tragedy of Pride’s past in an attempt to lead him to his doom. Can Hollow save him before it is too late?