Child Star Chloe Moretz has a squeaky-clean record in Hollywood while maintaining her edgy, fashionable teen image. She tells US Magazine that she hopes keep it like that and avoid becoming a another former child star cliche.

Moretz states: “I’m, like, incredibly straight-laced, considering what some 16-year-olds are doing. This business is not peaches and cream, and I’ve fought tooth and nail to earn this spot. I’m not a girl who’s ridden on a last name or lucked into it from getting on one project that blows up. I worked for 11 years, and I have to keep working, too, because if I sat back on my haunches right now, I could disappear within a month.”

The talented teen star of “Let Me In,” “Hugo” and “Dark Shadows,” says she’s a normal teenager.

“…I have to portray that glamorous image of, like, Dior Couture! Chanel! Prada! That’s a character. It’s ‘the star,’ not ‘the girl.’  So in my brand, it’s all in one package. That’s just what you have to do.

Moretz can next be seen in the remake of the horror classic, “Carrie.” 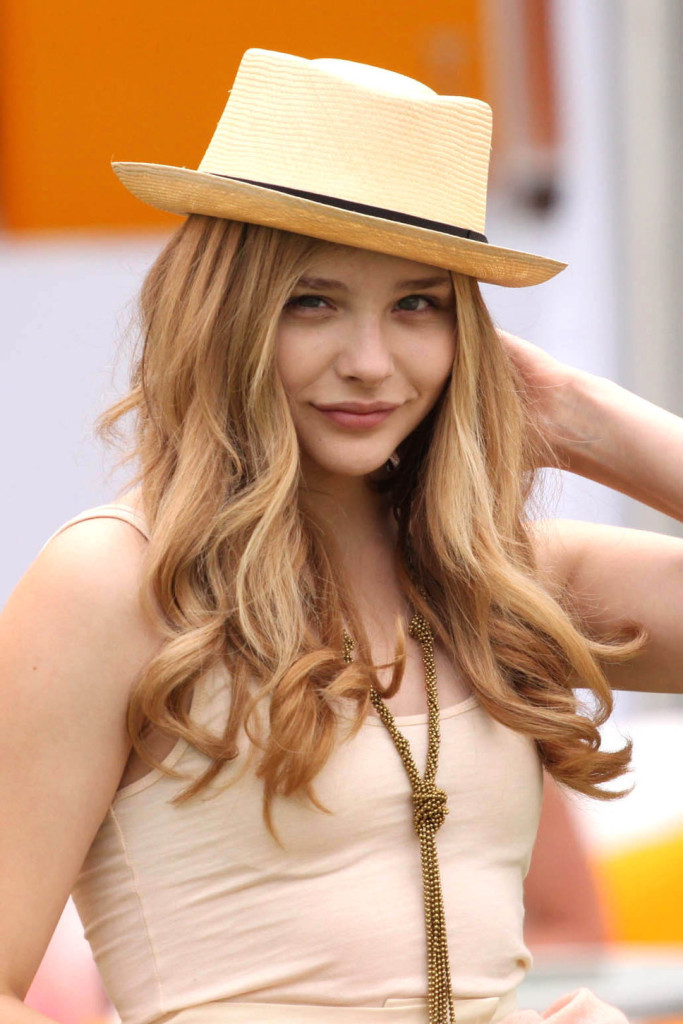