You are here:Home-CHILD ACTORS, Child Stars, In the News, THE BUZZ-It’s a Wrap for Disney Channel Original “The Suite Life” Movie!
Previous Next

The story revolves around teenage twins Cody and Zack Martin who receive an opportunity to participate in the prestigious Gemini Project at a high-tech research center that studies the dynamics between twins. The boys find themselves connected in a way they’ve never been before: As one twin experiences a sensation, thought or feeling, the other twin feels it too. This newly found power helps the boys see eye-to-eye for the first time, but it ultimately puts them in unforeseen danger. 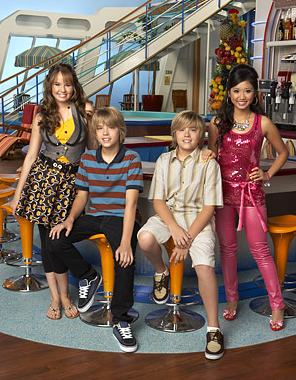