Variety’s Power of Youth Event Hosts Once in a Lifetime Auctions Benefiting 5 Charities!

You are here:Home-Awards & Accolades, CHILD ACTORS, Child Stars, Giving Back, In the News, THE BUZZ-Variety’s Power of Youth Event Hosts Once in a Lifetime Auctions Benefiting 5 Charities!
Previous Next

Variety’s Power of Youth Event Hosts Once in a Lifetime Auctions Benefiting 5 Charities! 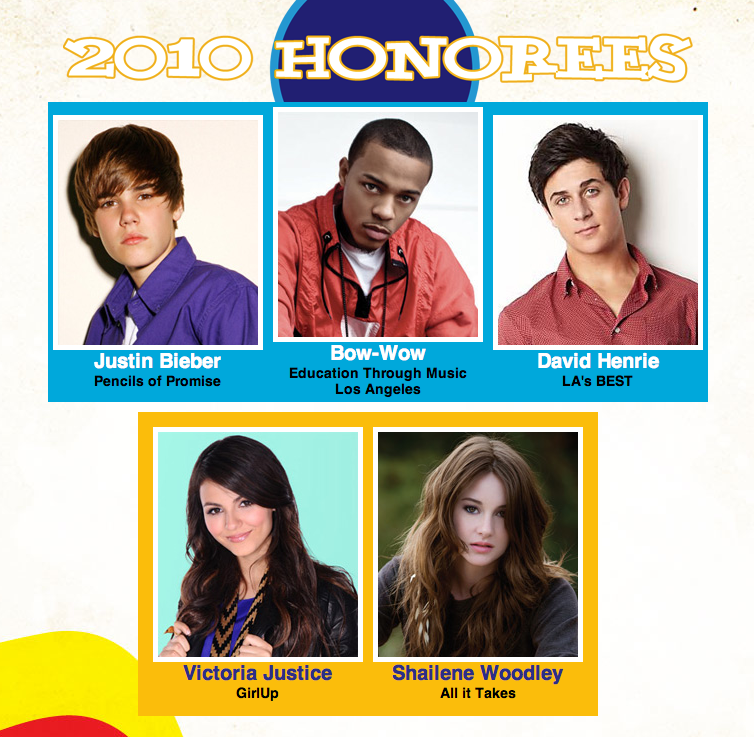 Variety’s Power of Youth, which took place today (in the rain) from noon to 3 pm at Paramount Studios in Los Angeles CA, is an initiative that celebrates top young talent and their involvement with philanthropic and humanitarian causes, and encourages their fans around the world to get involved and give back too. The event, now in its 4th year, is an invitation-only afternoon full of fun and festivities, with live performances, interactive games, activities, food, photo opportunities and a special presentation: a veritable  “who’s who” of Hollywood’s under 18 set. Not even today’s LA drizzle could dampen the spirits of these young stars.

This year honorees include Justin Bieber, David Henrie, Victoria Justice, Shailene Woodley and Bow Wow, each of whom, through their efforts, have made a significant difference to their chosen causes.

Some of the many awesome auction items from POY to raise awareness and funds for these deserving charities are: 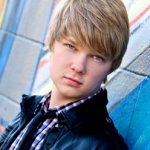 *Do you want to spend the day with one of our favorite Teen Stars, Austin Anderson?! You know Austin from new show from Dick Clark Productions The Real Teens Of Hollywood and as the drummer on the Nickelodeon show Victorious. The winning bidder will will start out with a private lunch with Austin, then whisk off to the recording studio to watch him record a song. Then it’s off to CBS for a taping of either Dancing With The Stars or America’s Got Talent. And the day’s events will be posted on Austin’s blog. The best part of the whole day is that the proceeds for this item benefit Variety’s Power of Youth’s chosen charity recipients. BID HERE NOW! 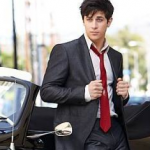 Also bid on a day for 4 guests with Wizards of Waverly Place star and Power of Youth honoree David Henrie. You and 3 guests will spend 4 hours with David in one of the south land’s most beloved theme parks, Knott’s Berry Farm. Total VIP treatment: front of the line escort and lunch with a star?! What teen could ask for more? BID HERE NOW!