Momagers in the News: JULES STEWART Raised Her Kids to Be Adults and Learn by Their Failures

Momagers in the News: JULES STEWART Raised Her Kids to Be Adults and Learn by Their Failures 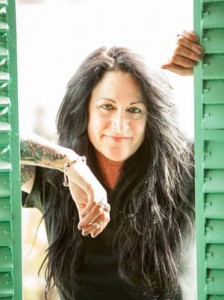 Jules Stewart, a Hollywood Mom in every sense of the term.

Jules Stewart, Hollywood Mom of former child actress Kristen Stewart, has been a script supervisor in Hollywood for many years – long before the world was captivated with the saga of Bella and Edward. Now that she’s made the jump to director with her project K-11, Jules is making the press rounds and the public is learning more about her as a mother as well as a film maker. Working in the industry for several decades, raising two actors and living through tabloid fame, Jules is a text book definition of the Hollywood Mom.

The website SuicideGirls interviewed Jules asking, “How did you foster creativity within your children?”

Stewart said, “Well I tried to raise my kids…I didn’t raise then to be children, I raised them to be adults. That a concept that might be lost on a lot of people. I also tried to make them understand that it’s OK to make mistakes, so don’t be afraid to have a go at doing something different. And in that vein of ‘I’m interested in this, let’s try it, let’s see what happens’ my kids have always been the first ones on the line ready to have a go at something different. And it’s OK to fail, because that’s how you learn, when you fail.