You are here:Home-CHILD ACTORS, LEGAL, On The Set, THE BUZZ-New App Reports On-Set Safety Violations
Previous Next

The Pledge to Sarah New App Reports On-Set Safety Violations. This Film and Television Production Safety App was created in response to the tragic death of Sarah Jones.

It is hard to forget the story of Sarah Jones, the second camera assistant who was tragically killed last year by a train on the first day of shooting Midnight Rider, the Gregg Allman biopic. After her death, it emerged that the film crew had been working on the railroad tracks without permission or taking proper precautions. Sarah’s death haunted the film industry with its message about the importance of safety on set. 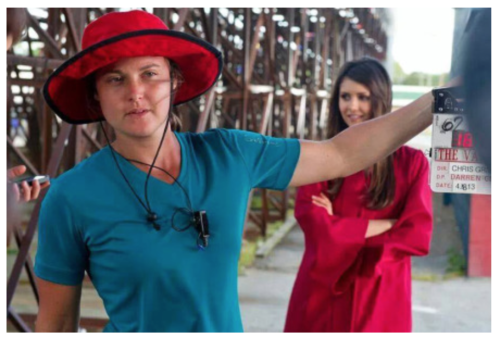 But a good thing has come out from the shadows of this incident. An anonymous production crew has created and successfully crowdfunded The Pledge to Sarah app, which is now available in Mac and Android app stores and on the Pledge to Sarah website.

“The site Pledge to Sarah and the Set Safety App were created because we believe that no one should ever lose their life due to an incident on a film production,” organizers said. “Whether it is an on-set safety issue or an exhausted drive home at the end of a long day, we all need to speak up and be heard.”

The app is free and provides users a vehicle to report unsafe working conditions and excessive work hours to safety hotlines with the click of a button. It also includes access to Contract Services Administration Trust Fund (CSATF) safety bulletins for direct and immediate viewing of specific safety guidelines. Additionally, it allows users to send in photographic evidence of safety and time card violations to the app, which will then forward submissions on to union and industry organizations who are tracking complaints. 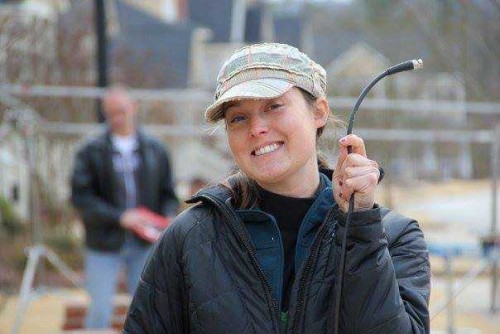 The people who created the app have chosen to remain nameless so the focus can remain on safety awareness efforts but they are admittedly comprised of film and television professionals from award-winning crews to individual PAs who were shocked, like the rest of the world, by the tragic accident resulting in Sarah’s death.

P.S. The death of Sarah Jones kicked off a huge social media outrage as well as fundraisers, activities and events to promote safety and awareness within the industry. If you are interested in showing your support in other ways or getting involved with the various causes that have materialized surrounding this issue, here are some ways:

The IATSE has also launched a safety hotline for members to anonymously report hazards on the job. The toll-free number is (844) IA AWARE, or (844) 422-9273. Callers can either leave a message for, or talk to, a safety representative who will look into the matter. Depending on the circumstances, the safety rep will contact the local IATSE office and assist them with the issue, or call the employer directly. 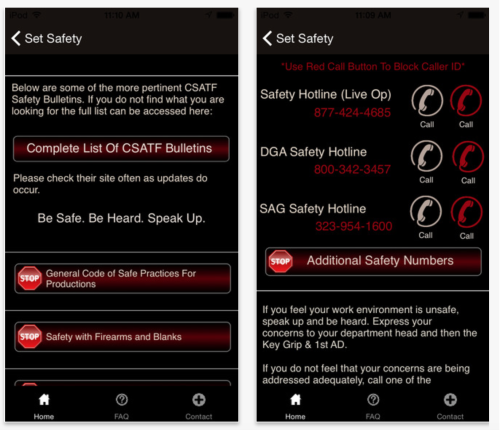 About the death of Sarah Jones

On February 20, 2014, Sarah Elizabeth Jones, 27, was tragically killed and several others were injured by a train while filming Midnight Rider, a biopic about musician Gregg Allman. Sarah’s death prompted an outpouring of grief in the movie industry and galvanized film crew members throughout the entertainment industry, highlighting longstanding concerns about set safety. In a landmark moment, several of the film crew members and producers were subsequently prosecuted and convicted.

Safety for Sarah has come to represent, not only the tragedy of that day, but all those in the film industry… to create safer film sets. Many in the industry relate to what happened to Sarah, thus the adage: “We are all Sarah Jones.”