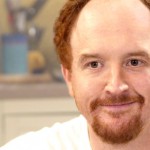 This is a casting call for the new, cable television sitcom show LOUIE on F/X for an episode entitled “God.”

EMAIL SUBMISSIONS TO: danielle.gonderturner@gmail.com of ANN GOULDER/GAYLE KELLER CASTING
SEEKING: YOUNG LOUIE, at age 10-13, young Louis CK, a RED HEADED, FRECKLED BOY.  Louie learns some lessons about being a Catholic through a Nun and a medical doctor. LEAD.

A little about the show: Looking to expand it’s comedy offerings, the cable network FX has added a comedy starring stand-up comic Louis C.K., titled “Louie.”
The half-hour sitcom is based on his life as a comedian and divorced father of two. Stories are told through a mix of standup routines and sketches (in which he acts opposite actors playing his kids, ex-wife and friends). This is a personal project for Louis, who with $250,000 in seed money from F/X, not only wrote “Louie,” but cast it, directed it and edited it. The low-budget project is shot in New York.

“I said, wire me a quarter of a million dollars and I’ll give you a DVD in a month, and amazingly, they did,” Louis said. “Because it was only $250,000 they had the reasonable expectation that I wasn’t going to disappear with the money. To them, it’s a low-risk thing, and for me, I was able to try different stuff.” Louis’ life situation as a recently divorced man still co-parenting with his ex-wife largely informs both his standup routine and this new show. His experience as a middle aged guy back on the dating scene also plays a large role in the series’ material.

The pilot includes two stories: In one vignette, “Louie” must volunteer at his kids’ school, and things go horribly wrong when he chaperones a field trip. In another bit, he goes on a terrible date.
“It’s a unified stream of conciousness,” he said of the show. “It all comes from me being a 41-year-old divorced comic trying to raise children, meet people and have sex.”

Thank you to Jessica at A Class Act NY for this casting information! Join her facebook fan page here!