Former Disney Child Star, Britney Spears has officially become a second generation Hollywood Mom as her sons Sean Preston, 7, and Jayden, 6, make their on-screen debut in the “Ooh La La,” music video for her single on The Smurfs 2 soundtrack.

In the video, the extremely svelte pop star is in the movie theater with her sons when suddenly she’s enveloped in a swirl of aqua lightning and magically blasted onto the screen surrounded by a gaggle of bright blue smurfs. The boys react excitedly shouting “Hi, Mom!” to her larger-than-life image onscreen.

On the Ryan Seacrest Show Britney shared that Sean Preston and Jayden: “…were really, really good on set. They were, like, acting, and my oldest son, Preston, was right on cue every time they would tell him to do something. Later on, I got to see what they actually did on camera and it was adorable!” 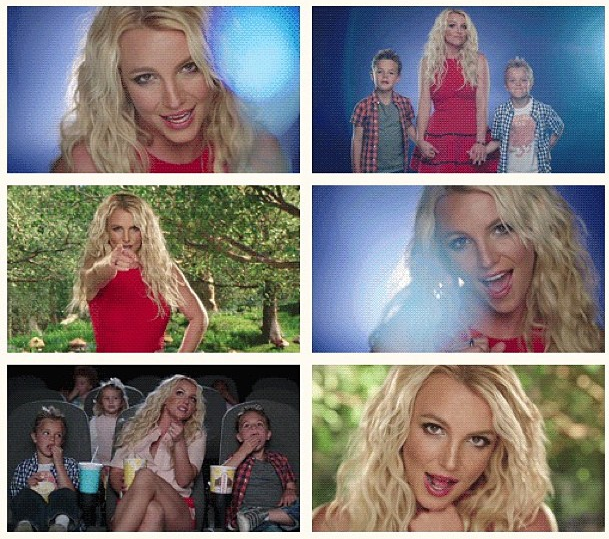