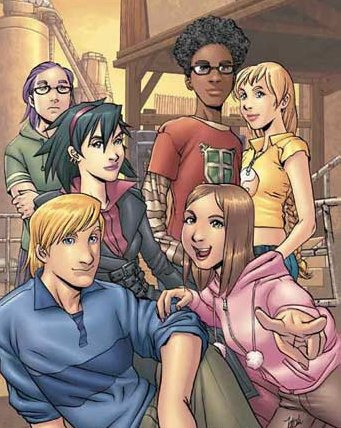 An open casting call has been announced for Runaways, the Marvel Studios adaptation set to begin filming in January 2011 and which will complete filming in July 2011.

Created by Brian K. Vaughan and Adrian Alphona, Runaways centers on six teens who discover their parents are super-villains known as the Pride. Fleeing from their homes, the kids band together to learn about their inherited powers, defeat the Pride and make up for the evil deeds of their villainous parents.

GIRLS
Girl 1: Uniquely beautiful, nurturing but guarded
Asian-American Female, must play 16-18
Must be at least 16 by January 2011

Girl 3: Conventionally beautiful blonde, with an unchecked ego
Female, must play 15-18
Must be at least 16 by January 2011

Girl 4: An innocent, wide-eyed and overprotected
Female, must play 8-10
Must be at least 9 years old as of January 2011

Runaways will be directed by Peter Sollett (Nick And Nora’s Infinite Playlist) from a script by Drew Pearce (No Heroics) and Vaughan. Marvel Studios President Kevin Feige will serve as executive producer.

To Submit for a role in ‘RUNAWAYS’ click HERE.

For Directions on what to say & how to film your audition, click HERE.

The submission deadline for all audition tapes is September 15, 2010.

SARAH HALLEY FINN, C.S.A. and RANDI HILLER, C.S.A. (Casting) joined forces in 2000 to form Finn/Hiller Casting, and together they have cast a broad range of films spanning every genre. From larger action-driven films like “Swat” and “Terminator 3: Rise of the Machines” to character-driven pieces such as “Life as a House” and “Crazy/Beautiful,” they are constantly engaged in the search for fresh ideas, unique performers and the highest caliber of work. Some of their other credits include “Miracle,” “Blue Crush,” “A Cinderella Story,” “Coach Carter,” and the upcoming films “Stealth,” “Crash,” “Into the Blue,” and “Dreamer.

In addition to casting, Finn/Hiller has begun co-producing independent films and is proud to include “Crash” and “Marilyn Hotchkiss’ Ballroom Dancing and Charm School,” which premiered at the 2005 Sundance Film Festival, among their credits. They also cast and co-produced the independent film starring Johnny Knoxville, “Grand Theft Parsons.”

“The Haunting,” “The Peacemaker,” “Cheaters,” and “Sweet November.” She began her career as a casting assistant on films such as “Outbreak” and “Mi Familia,” then became a casting associate on several films including “Twister” and “Inventing the Abbots.”

Sarah Finn has a degree in theatre from Yale University and began working off-Broadway in New York City. She acted, directed and produced theater before coming to work in casting. Producing at the U.S. Comedy Arts Festival in 1997 with Ensemble Studio Theatre-The L.A. Project, she won the MCI Jury Award for outstanding theatre production. She then joined Paramount Pictures as Director of Feature Casting, where she cast such films as “Varsity Blues,” “200 Cigarettes” and “Mission: Impossible 2” and oversaw a range of other films.

Read More about the new trend of Digital Casting here: