You are here:Home-Parents of Child Actors, Popagers in the News, THE BUZZ-Rumormill: Popager Joe Simpson Blows Idol Deal for daughter Jessica Simpson, Paves the Way for Judge J. Lo
Previous Next 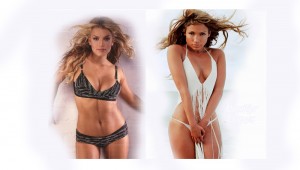 Jennifer Lopez has yet to officially announce that she’s the newest judge on “American Idol,” but according to the rumor mill she was offered this position after several legendary singers essentially said, “Thanks, but no thanks.”

According to Idol insiders “J.Lo was definitely not the first choice. In fact, she wasn’t even the second or third choice.” Before they approached Lopez, producers first asked Elton John and Barry Manilow to join the show. Both are world renown singer-songwriters who’ve mentored Idol contestants in prior seasons. Elton and Barry both declined.

Producers then began to scout celebrities whose careers were in flux and  chose two musical artists who could benefit from the exposure of a national TV show as much as the Idol needed them: thus choices, Jessica Simpson and Jennifer Lopez.

According to inside sources, the job could have been Jessica Simpson’s were it not for her father and career manager aka Pop-ager, Joe Simpson. “This was definitely Jessica’s to lose and that’s exactly what her dad-manager did. Once it became clear it was going to be impossible to negotiate a deal with Papa Joe, J.Lo was snapped up. Convinced being on the show would relaunch her performing career, she accepted the new job right away.”

Rumors are also swirling that Aerosmith lead singer Steven Tyler is set to join the show. Randy Jackson will return as a judge and Ryan Seacrest is confirmed as host.