Josh & Mia prove “The Kids Are All Right”

You are here:Home-Child Stars, Teen Stars, THE BUZZ-Josh & Mia prove “The Kids Are All Right”
Previous Next

Josh & Mia prove “The Kids Are All Right” 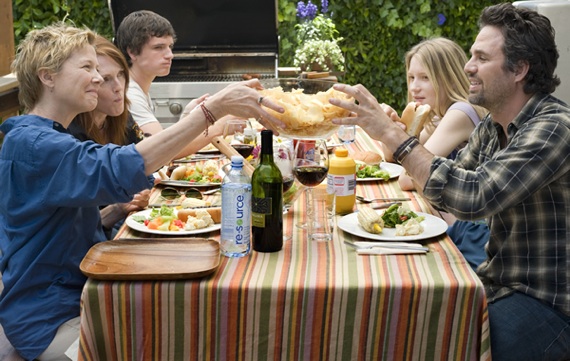 The film stars prolific child and teen star, Josh Hutcherson ( “Journey to the Center of the Earth,” “Little Manhattan,” “Zathura,” and the upcoming “Red Dawn,”) and young actress Mia Wasikowska (starring in the upcoming “Alice in Wonderland”),

The Film’s premise: two teenage children conceived via artificial insemination get the urge to seek out their birth father (Mark Ruffalo) and introduce him to the family life that their two mothers (Julianne Moore and Annette Benning) have built for them. Once the donor is found, the household will never be the same, as family ties are defined, re-defined, and then re-re-defined.

In a written statement, Focus Features’ James Schamus said:  “Lisa (director) has made an extraordinary gem of a film that combines comedic surprise with poignant emotional truth. Not only is ‘The Kids Are All Right’ infectiously funny and touching, but it’s also entirely accessible. We’re confident that audiences everywhere will fall in love with this family, as brilliantly brought to life by a remarkable cast of actors.”

Positive reviews continue to pour in from a number of media sources about “The Kids Are All Right.” Here are just a few of the great reviews already written about the film: