You are here:Home-CHILD ACTORS, Overcoming Disabilities & Challenges, THE BUZZ-Top 5 Reasons Young Children May Not Tell You They’re Being Bullied
Previous Next

Chances are, most people reading this know a child who has stayed home from school this week because they were afraid of being bullied. It’s estimated that 160,000 students around the country stay home each day out of fear of being bullied.* Yet many adults, for a variety of reasons, have no idea that the bullying is taking place. 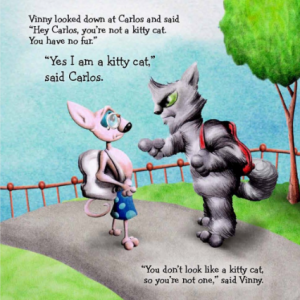 “Children may avoid speaking up about being bullied, which really just helps to perpetuate it,” explains Peter J. Goodman, author of the book “We’re All Different But We’re All Kitty Cats.” “It is important for teachers and parents to know that bullying is taking place so that they can try to address it, but sometimes it is difficult for them to find out that it is happening in the first place.”

Goodman is helping to lay the foundation for bullying prevention in classrooms around the country with his book, “Bully Free Students Make Bully Free Classrooms” designed for kindergarten to third grade students, to help them understand, prevent, and address bullying.

The 5 top reasons kids hide that they’re being bullied are:

“Around half of the children who are bullied don’t end up telling an adult that it’s happening,” explains Karen Goldberg, child psychotherapist and co-author of the curriculum. “The more we can understand and address the reasons behind them not telling, the closer we will be to helping to solve the bullying problem our nation’s schools face.”

The challenge of children not telling adults that they are being bullied can be addressed and overcome. This can happen through a bully prevention program being in place, as well as parents and other adults talking to children about bullying and the importance of telling an adult when it happens. It is also important that when children do tell adults that it is addressed so that they feel confident in their decision to report it the next time.

The Kitty Cats book and educational curriculum has been written for children in pre-kindergarten through the third grade. The earlier children learn about the importance of preventing bullying, the better. To learn more about the book series, the curriculum bundle, or to purchase the volume that addresses bullying, visit www.dreambigpress.com.

Bullying Is A Big Problem