You are here:Home-CHILD ACTORS, Child Stars, In the News, THE BUZZ-@TheOnion Calls #ChildStar QUVENZHANE WALLIS the C-Word on @Twitter, Encounters the Wrath of CyberSpace.
Previous Next 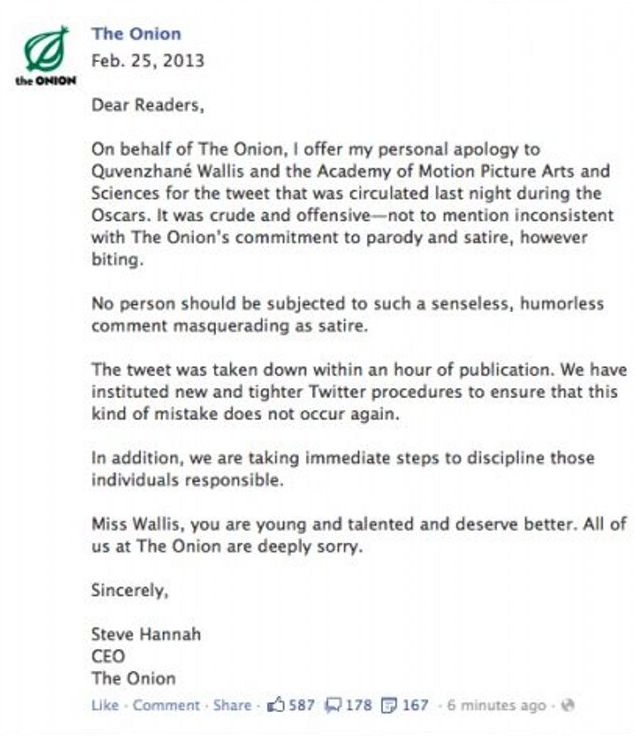 I’m speechless. Just when I thought I’d seen it all in the world of Child Stars and abusive media, turns out media outlet @TheOnion has sunk to an absolute new low in what usually qualifies as satirical humor.

TheOnion.com is under siege for posting the following statement on twitter last night at 8:42 p.m. PT, Sunday regarding a female child star: “Everyone else seems afraid to say it, but that Quvenzhané Wallis is kind of a c–t, right? #Oscars2013.” 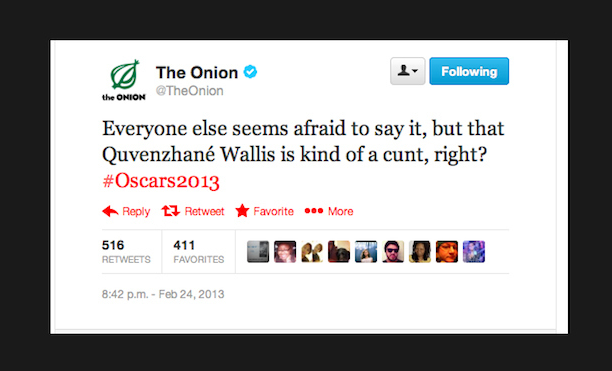 The post basically incited a twitter riot and many rushed to Wallis’ defense, verbally scolding “The Onion,” for 1) targeting a minor and 2) in such a distasteful, abusive and unforgivable manor.

The Wire star Wendell Pierce, tweeted a demand that the site issue an apology, stating: “@TheOnion Identify the writer. Let him defend that abhorrent verbal attack of a child. You call it humor I call it horrendous. It doesn’t matter what the intent was, it was offensive and they should apologize to Quvenzhane.”

Many celebrities and legitimate media outlets have noted that it’s unacceptable that The Onion merely deleted the offensive tweet without addressing it or apologizing for it. We’ll keep you posted on the outcome. If you have a twitter account, you may want to let @TheOnion know how you feel about this. 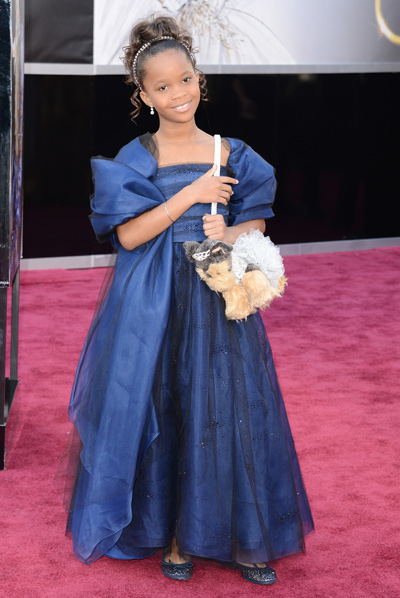