Fake STUDIO TEACHERS Worked on Many Sets! Was Your Child Actor Exposed?

You are here:Home-CHILD ACTORS, Education, On The Set, THE BUZZ-Fake STUDIO TEACHERS Worked on Many Sets! Was Your Child Actor Exposed?
Previous Next

Fake STUDIO TEACHERS Worked on Many Sets! Was Your Child Actor Exposed?

*UPDATE: Since initially unearthing this scandal, may other studio on-set improprieties have been brought to the attention of  Deadline Reporter David Robb.  He is requesting of the Hollywood Mom Blog family that any and all parents of working child actors with any information about the fake studio teachers scandal or any other wrong doing involving our child actors please contact him at davidrobb88@aol.com or call 310-477-3797.  This includes improprieties (behavior, actions, altered/forged documents) on the behalf of parents, coaches, cast, crew, etc.  Thank you.

Earlier this month, “a thread” started in one of Hollywood Mom Blog’s Facebook private chat groups about two different men (Kent Linker and Fred Robbins) possibly impersonating a legitimate, but retired set teacher by the name of Marty Carlin – yes HMs, we now have fake studio teachers to add to the list of cautionary tales. Thanks to our Hollywood Moms who kept old call sheets, recalled names, and even took pictures, it was determined that several of our own child actors had worked alongside one or both of the alleged impostors.

Through the combined sleuthing efforts of child actor advocate Anne Henry of BizParentz and Deadline Reporter David Robb, the potentially criminal activities of these individuals have been exposed on Deadline.com today which you can (and should) read here: http://deadline.com/2014/09/con-men-teaching-kids-film-sets-faked-ids-834640/ 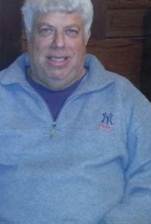 Just since the article was posted earlier today, HMB has had 3 more families come forward who were exposed to these impostors.

If your child or anyone you know has worked on the following productions, or with fake studio teachers Kent Linker or Fred Robbins, and if you have photos of these men, old call sheets or any relevant material, please forward immediately to reporter David Robb at davidrobb88@aol.com.  There may be many other productions involved not yet listed below. We’ll do our best to keep the list updated.