You are here:Home-CHILD STAR STYLE, On the Red Carpet, THE BUZZ-Red Carpet Premiere of The BOXTROLLS starring Elle Fanning – Opens Nationwide Fri. 9/26!
Previous Next Child Stars gathered at Universal Citywalk Sunday September 21, 2014, for the premiere of Focus Features, “The BoxTrolls!”  If the film’s unique style looks at all familiar, you’re likely a fan of the animators previous works “Coraline” and “ParaNorman.”  Child Star Elle Fanning voices the character of nine year old Winnie in the modern day fairytale.

THE BOXTROLLS is the story of quirky, mischievous creatures who have lovingly raised an orphaned human boy named Eggs in the home they’ve built beneath the streets of Cheesebridge. Eggs tries to save his trash-salvaging friends from the evil exterminator and villain, Archibald Snatcher (Ben Kingsley). When Snatcher devises a plot to get rid of the Boxtrolls, Eggs ventures above ground and “into the light,” where he meets and teams up with fabulously feisty Winnie (Elle Fanning).  Together, Eggs and Winnie devise a daring plan to save The BoxTrolls family. The film is based upon the children’s novel ‘Here Be Monsters’ by Alan Snow. 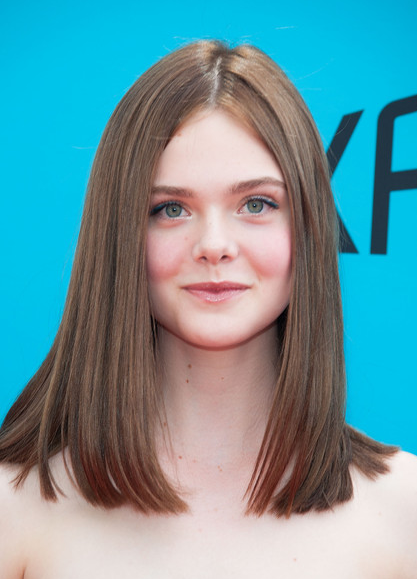 Elle Fanning, with newly dark dyed locks, at the premiere of Box Trolls. 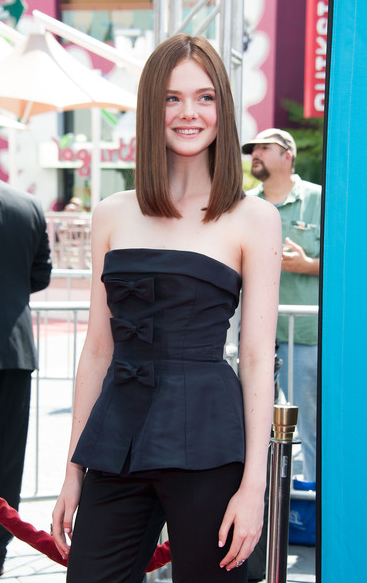 Elle Fanning looking sleek and sophisticated at the premiere of Box Trolls. Actress Audrey Whitby at the Premiere Of Focus Features’ The Boxtrolls 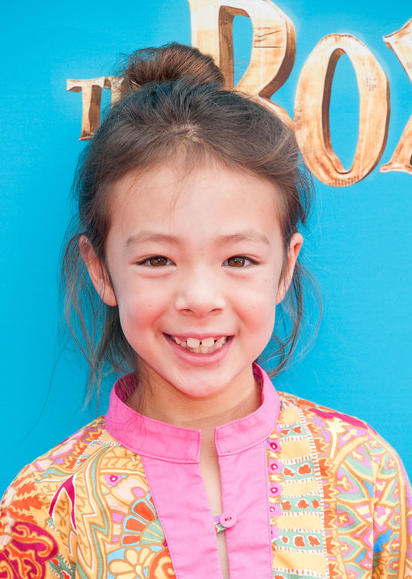 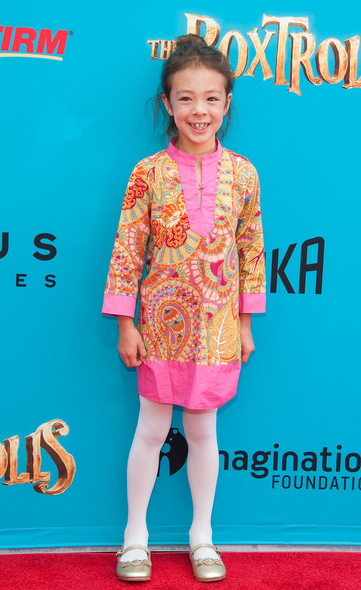 Aubrey Anderson-Emmons at the premiere of Box Trolls 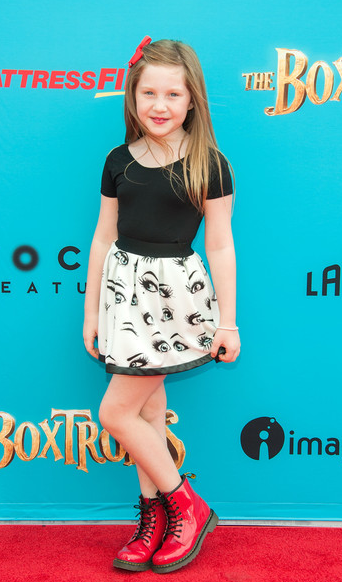 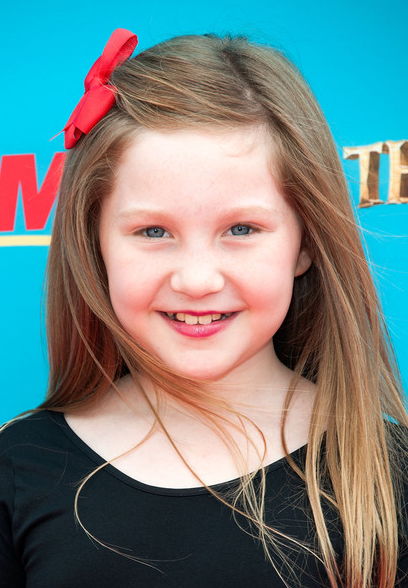 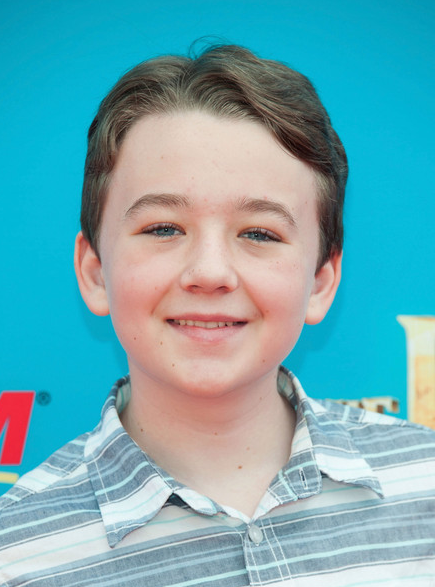 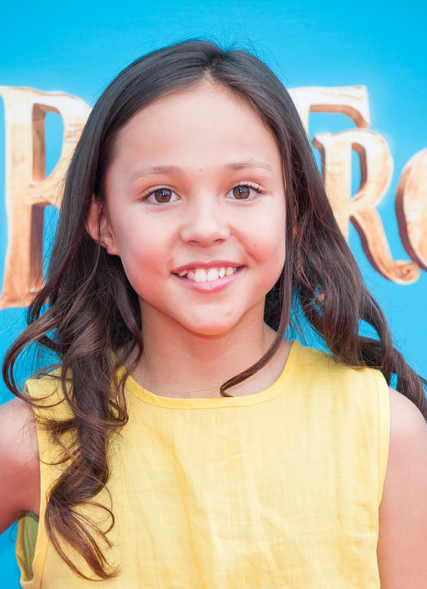 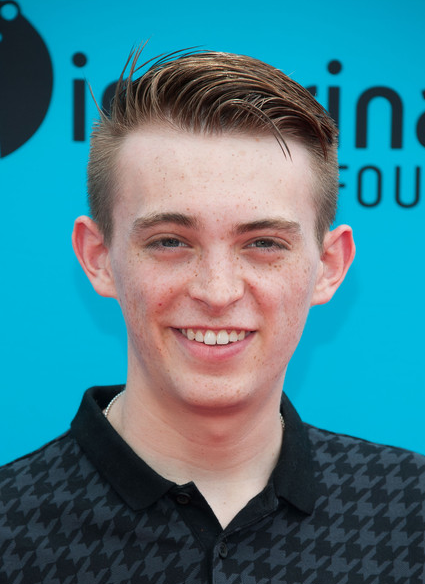