Spend Your Summer on THE ACTORS CAMPUS Los Angeles

You are here:Home-Acting Camps for Children, Best Acting Classes & Coaches, THE BUZZ-Spend Your Summer on THE ACTORS CAMPUS Los Angeles
Previous Next

Spend Your Summer on THE ACTORS CAMPUS Los Angeles

THE ACTORS CAMPUS Los Angeles is the place to spend your summer!

You’ve heard of a pop-up restaurant, right? How about a pop-up learning campus just for young actors? The Actors Campus, a Young Actors Camp program, is the summer sensation that’s got Hollywood Moms, Dads and the whole industry buzzing.

At The Actors Campus, a Los Angeles area college campus is transformed into a dream world of training for advanced, young film actors. This year, the college will be The University of LaVerne, 30 minutes outside of city center L. A.

The campus is made up of professional film actors who travel from abroad and those with few or primarily stage credits who want to become immersed in immeasurable opportunities in the Los Angeles film industry. “Ultimately, the actors are immersed in training— but the other side of our program brings in such important executives that our young actors are meeting just the right people to help build careers, bringing them countless opportunities.” says Executive Director Amber Kcrmar. “We are just so honored to be the keepers of a temporary oasis that unites the best of both worlds.”

And, with such a record of success, there’s no surprise that this Summer Camp is one of the most difficult to get your child into. In fact, parents begin registering their child for the following year before they complete the current program they are in. The demand is high for good reason. The camp takes a unique, holistic view of the acting industry. They don’t simply teach ‘acting’, but instead immerse their students in the world of film and television – giving them unrivaled experience.

The actors can expect to have a solid resume of on-camera film production work, earning valuable IMDb credits in both a feature film and sitcom.

[typography font=”Architects Daughter” size=”24″ size_format=”px” color=”#ed055a”]“Ultimately, the actors are immersed in training— but the other side of our program brings in such important executives that our young actors are meeting just the right people to help build careers, bringing them countless opportunities.”[/typography]

As the camp’s Director of Education, Nichelle Rodriguez, explained, the Young Actors Camp is the most popular among talent representatives. ‘This is because there is no other place a young actor can go that immerses them into every aspect of the film acting industry like we do,’ she said. ‘Representatives worldwide understand the need for a young actor to grow a resume of film production work, film training and special skills in one summer session. It’s fast-track development.’ 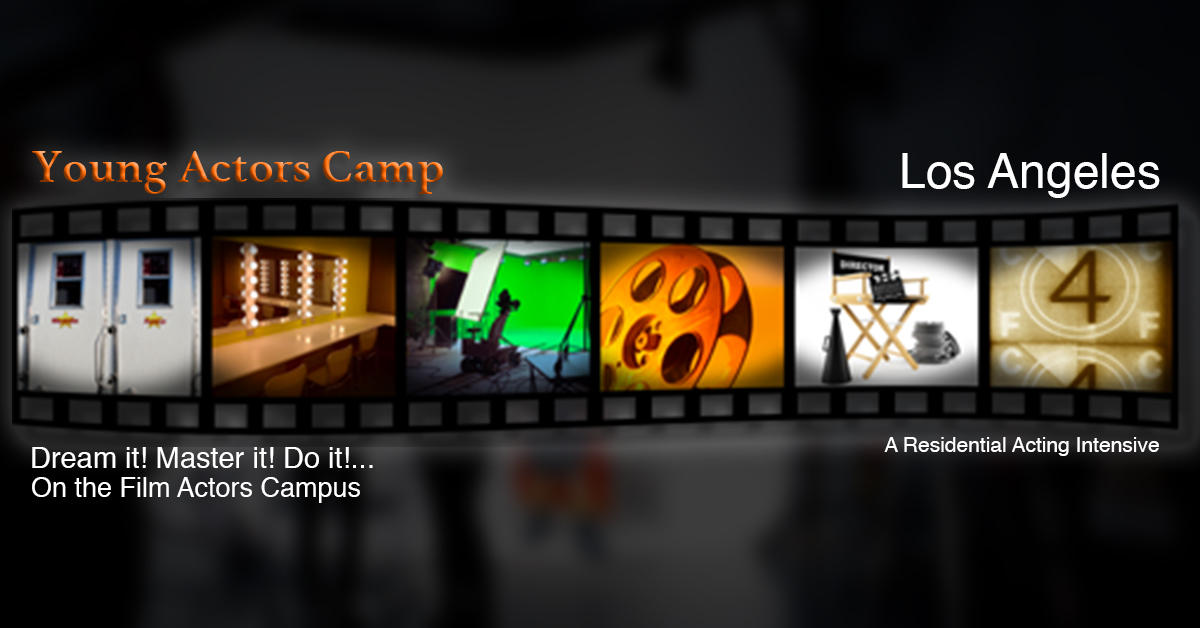 Another way the camp is set apart from other programs is their engagement with real Hollywood professionals from companies such as Disney Studio’s, Sony and The Academy of Motion Picture Arts and Sciences; with notable executives, film directors and casting directors. All are dedicated to speaking candidly on issues within the film industry to allow our young actors make the best artistic and personal decisions. The program also includes a actors college tour for those in that life-changing process.

Well-known celebrity actors also drop in for extensive Q&A sessions. Last year, former child star and Oscar-nominated actress Brie Larson (Room) lead a discussion on why actors need to learn as much about the film industry as possible. And this is exactly what the Young Actors Camp does – teach the industry as a whole. They are so far ahead in the world of acting summer camps, that students travel from across the globe to be a part of it.

Professor Michael Goodsite, PhD – the father of a 15-year-old actress who trained with the Young Actors Camp – sent his daughter to The Actors Campus by Young Actors Camp from Odense, Denmark and was thrilled with the results. ‘As an educator, I am thoroughly impressed with the professionalism of the staff as well as the education and guidance that they provide,’ he said. ‘The commitment that the leadership and staff shows their students before, during and after camp is outstanding. Not only do students receive international, top quality acting training but they also obtain skills to work and interact in the globalized film market. ‘I recommend without hesitation YAC for young actors,’ he added.