Agoura Hills Acting Coach CAMERON THOR CONVICTED. Although sexual abuse is not specific to the entertainment industry, it always strikes a chord close to our hearts when we hear of a young child actor falling prey to molestation by a professional authority, cherished mentor or trusted family friend in the business.

Most recently, the case of once aspiring child actor 19-year-old Jordyn Ladell, who claims that while in 8th grade, she was sexually courted and assaulted by her acting coach Cameron Thor of Carter Thor Studio. 55-year-old Thor is also an actor who appeared in Windtalkers, A Few Good Men and Hook. As a coach, he is said to have worked with Cameron Diaz and Madonna.

After a sting operation, and the ensuing trial, a superior court in Los Angeles found Cameron Thor guilty of having engaged in lewd conduct with a child under the age of 14. Jordyn was 13 years old when she was raped by Cameron Thor. 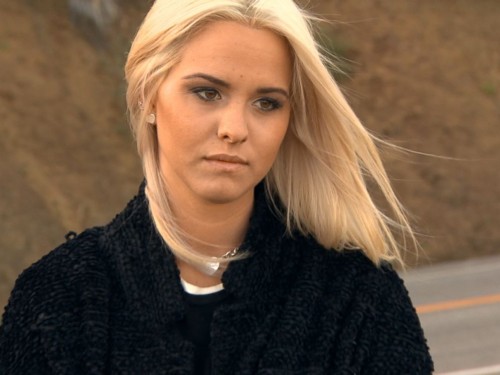 In an interview for Nightline, the beautiful, sun-kissed blonde Jordyn recounts the time in her life when her family was struggling with both financial woes and the alcoholism of her mother. The young pre-teen wanted to take acting classes and Thor, an AA peer of her mother’s, offered her the classes for free on one condition—that the classes could take place in the privacy of his home.

Jordyn gives detailed accounts of what occurred when she would meet with Thor in his home for the lessons. He would inappropriately touch her and whisper sexual innuendos into her ear. She states he assaulted her while during a drive up the Santa Monica Mountains. When she thought about telling her parents about the assault, she would remember Thor telling her that no one would believe her or that her mom would return to drinking.

Even though the sentencing marks a small triumph for the Ladell family, the marks on Jordyn’s emotional life will remain. This is a sad reminder to all parents of burgeoning young actors to be diligent in overseeing the professional lives of our children and to monitor their relationships.

“The entire time I have gained strength knowing that if I succeeded I could be a voice for others who have gone through the same thing as me,” Jordyn told “Nightline”. “With a guilty verdict, I am now able to be that voice and hope for others.”