You are here:Home-Cautionary Tales, CHILD ACTORS, Child Stars, In the News, THE BUZZ-Philadelphia Child Actor Receives Death Threat
Previous Next

Philadelphia may seem miles away from Hollywood Mom-type problems but not for child actress Shayne Coleman and her mother Samantha. Earlier this June, right before the end of the school year, she was told by administrators at John Hancock Elementary that her daughter had been bullied by a classmate via a threatening message written on the walls of the school bathroom.

The message said, “I will kill Shayne Coleman” and underneath that was written the word: “Murder.”

In an interview conducted by the Philadelphia CBS affiliate earlier this week Samantha Coleman said that school administrators know who the little girl culprit is because other incidents have occured.

“She’s stolen (Shayne’s) markers and crayons. She’ll kick the back of her chair. She’s pushed her in the bathroom stall,” Samantha said.
“I thought it was kids stuff,” she admitted, “up until the death threat.”

For eight-year-old Shayne and her family this act has obviously caused great concern—concern that mother Samantha feels has not properly been addressed by the school. For this reason, she decided not to enroll her daughter back into class for the current school year.

Although Shayne has been acting since the age of two and has starred alongside such greats as Kevin Bacon, Richard Dreyfuss and funny gal Sarah Silverman, her sweet, brown-eyed presence on camera for the news interview surrounding the recent bullying belied both confusion and seriousness. 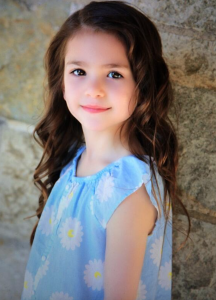 “I didn’t know that anyone would want to kill me, or hurt me, because everyone is really my friend,” she said.

Because Shayne is now scared to go back to school, her mother is looking into homeschooling options.

Shayne’s school released this statement about the events:

We are in ongoing conversations with Ms. Coleman in order to demonstrate our commitment to provide Shayne with a safe and caring environment at Hancock School. It is our duty that Shayne’s neighborhood school be a welcoming and safe environment for her and all the children that attend it.

We hope this means more than admonishing Shayne’s bully with detention, a slap on the wrist or more homework. For other teachers’ and students’ sake, this incident provides a doorway to open up dialogue on bullying, jealousy, sensitivity, and more.