Alyssa Milano Reveals Secrets to Growing Up Sane in Hollywood

You are here:Home-Cautionary Tales, CHILD ACTORS, Child Stars, Former Child Stars, Giving Back, THE BUZZ, Then & Now-Alyssa Milano Reveals Secrets to Growing Up Sane in Hollywood
Previous Next

Alyssa Milano Reveals Secrets to Growing Up Sane in Hollywood

This morning on ABC News, host George Stephanopolis interviewed beautiful actress and UNICEF ambassdor Alyssa Milano in promotion of her new prime time series “Romantically Challenged,” premiering tonight on ABC. During the interview George asked Allysa how she managed to be a child actor, grow up in the spotlight on 70’s smash hit “Who’s the Boss?” and yet, remain so normal. 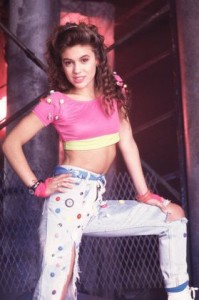 “You know, it’s a hard business to grow up in and I had the best circumstances which was a family that didn’t care what I did just as long as there was food on the table and we all had dinner together. And, I really think that having that stability saved me. I think a child can go through anything as long as they have parents behind them that support them and remind them what’s important in life.”

“I have a brother who’s 10 years younger than I am and he never missed an opportunity to tell me about my acne (laughs) and that kept me normal, sane and grounded. Down to earth.  [My parents] always instilled in me that family, love and friendship were the most important things and that it doesn’t matter what you do in your life as long as you have those things, you’re a success.”

ABOUT THE SHOW: “Romantically Challenged,” is an ensemble comedy about four friends trying to find love and happiness while navigating their way through today’s tricky world of dating. The show premieres tonight, MONDAY, APRIL 12 (9:32-10:00 p.m., ET) on the ABC Television Network.

Smart and beautiful Rebecca (Alyssa Milano) is recently divorced after 15 years of marriage. Having never really dated before she was married – and not having been on a date since Clinton was in office — she finds it scary to start over now. Although a gifted mom and lawyer, she is clueless about dating and hopes to get some help from her equally romantically-challenged friends.

Perry is Rebecca’s best friend since childhood. He is a rugged man’s man and a tremendously successful financial planner — but also one of Pittsburgh’s most sensitive hopeless romantics. When it comes to matters of the heart, Perry is a romance-a-holic who falls in love with women 20 minutes after meeting them. After 40 minutes, he’s already naming their future children.

A struggling novelist, the witty and affable Shawn has been Perry’s best friend and rent-free roommate for six years. Shawn is the emotionally unavailable cynic to Perry’s hopeless romantic. He has never had a relationship more serious than a three-night stand – and even those send him running for the door.

Will these four romantically challenged friends ever find lasting love? Or even someone who lasts until next Thursday? 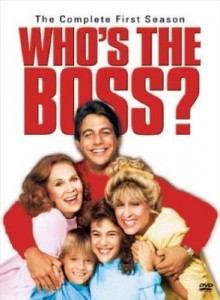