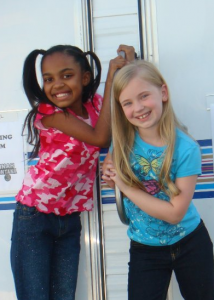 It’s a Laugh Productions and Disney Channel are in pre-production on a new episodic series titled “A.N.T. Farm.” The half hour sitcom pilot was written and produced by Dan Singer, who will remain as the series head writer and executive producer. Signer has worked as co-executive producer, consulting producer, and writer on the Disney Channel series “The Suite Life of Zack and Cody” and “The Suite Life on Deck.”

Disney picked up “A.N.T. Farm” for season 1 from the pilot episode which was directed by Bob Koherr. Koherr has directed numerous episodes of Disney shows such as “Hannah Montana,” “Good Luck Charlie,” “Wizards of Waverly Place,” and “The Suite Life on Deck.”

China Anne McClain has landed the starring role as Chyna Sparks. The 12-year-old actress has worked on “Hannah Montana,” “Jonas,” and played Jazmine Payne on Tyler Perry’s television series “House of Payne,” as well as Perry’s film “Daddy’s Little Girls.” Most recently she played Charlotte McKenzie on the feature film “Grown Ups.” She is represented by Abrams Artists Agency and managed by The Brand.

Also starring is Sierra McCormick, who recently played the role of Susan in “Ramona and Beezus.” McCormick won a Family Television Award for “Are You Smarter Than a 5th Grader?” Her other credits include “Hannah Montana,” “The Dog Who Saved Christmas,” “Land of the Lost,” and “A Nanny for Christmas.” Her manager is Oren Segal at Media Talent Group (who boast clients Angelina Jolie and Nicole Kidman) and she’s represented theatrically by Thomas Richards at the Corsa Agency.

Child Actors Stefanie Scott and Jake Short are also involved with this AFTRA project which will begin principal photography in January at LA Center Studios.