For those asking, this is not an open casting call. If you’re interested in this production, contact your child’s agent. Casting directors are Natalie Hart and Jason La Padura. Filming is taking place in Vancouver.

Another casting decision has been made for the upcoming Disney Channel film ‘Descendants,’ the part of Jafar’s son will go to Booboo Stewart. Twilight fans should remember Booboo from his work in the popular films, now the young actor will move to a Disney produced title when ‘Descendants’ kicks off in 2015. Other castings went to Dove Cameron and Mitchell Hope, the film is being directed by the “High School Musical” leader Kenny Ortega. 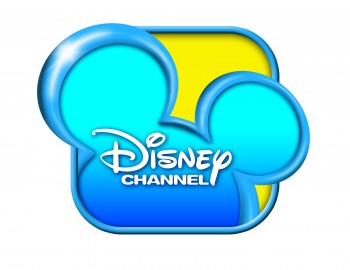 A FOREBODING CHAPTER MORE DAUNTING THAN ANY SPELL

Casting is underway for Disney’s “Descendants,” a contemporary live-action adventure-comedy that taps into Disney’s heritage characters – notably its most evil villains – to introduce their progeny, a modern day generation of teenagers who ultimately question the evil that’s always been in their hearts. Disney’s “Descendants” is scheduled to begin production next spring for a 2015 premiere on Disney Channel.

Gary Marsh, president and chief creative officer, Disney Channels Worldwide, said, “We mined Disney’s treasure trove of stories and developed a new, comedic approach to the fabled characters everyone knows and loves. The result is a modern and unexpected re-interpretation of classic heritage characters utilizing contemporary, relatable settings and themes.”

In a present day idyllic kingdom, the benevolent teenaged son of the King and Queen (Beast and Belle from Disney’s iconic “Beauty And The Beast“) is poised to take the throne.  His first proclamation: offer a chance at redemption to the trouble-making offspring of Cruella De Vil, Maleficent, the Evil Queen and Jafar who have been imprisoned on a forbidden island with all the other villains, sidekicks, evil step-mothers and step-sisters.  These villainous descendants (Carlos, Mal, Evvie and Jay, respectively) are allowed into the kingdom to attend prep school alongside the offspring of iconic Disney heroes, including Fairy Godmother, Sleeping Beauty, Rapunzel and Mulan.  However, the evil teens face a dilemma.  Should they follow in their nefarious parents’ footsteps and help all the villains regain power or embrace their innate goodness and save the kingdom?

The script was written by Josann McGibbon and Sara Parriott (creators and Emmy Award and WGA Award nominees for their writing on “The Starter Wife,” also writers of “Runaway Bride” and on “Desperate Housewives“). The production design will be by Mark Hofeling (“Teen Beach Movie,” “High School Musical”). The wardrobe design will be by Kara Saun (“Project Runway,” “America’s Best Dance Crew”).

In “total viewers,” five of the Top 6 movies in cable TV history are Disney Channel Original Movies.  That franchise also delivered the number one TV movie telecast among tween viewers for 12-consecutive years.

Disney Channel is a 24-hour kid-driven, family-inclusive television network that taps into the world of kids and families through original series and movies. Currently available on basic cable and satellite in nearly 99 million U.S. homes and to millions of other viewers on Disney Channels around the world, Disney Channel is part of the Disney/ABC Television Group.