You are here:Home-Auditions, Open Calls, THE BUZZ-Casting “Real Families” for VW Routan Commercial
Previous Next 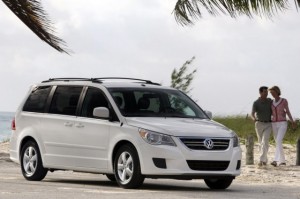 Brette Goldstein Casting is casting a commercial for USA Network and VW. They are seeking a family (two parents in their 30’s with kids) that live in LA /Southern California. You must own a VW Routan of any year or color. Should be comfortable on camera. Families ideally would be able to film themselves answering questions emailed to them and show us a little of life behind the scenes (kids eating dinner, playing, Mom washing dishes, etc.) and their Routan. If for any reason the family does not have ability to film themselves, we can make arrangements for a casting assistant to go to them.

Parents ideally should look like they’re in their 30s and any age child is acceptable, however the ideal family has one child 6 or under. Audition tapes must be submitted on or before 4/1/10. Please contact them directly at routancasting@gmail.com, and tell them that you were referred by Hollywood Mom Blog.

Note: REAL FAMILIES NEEDED. MUST MUST MUST OWN A VW ROUTAN, HAVE A WIFE/HUSBAND AND KIDS AND LIVE IN LOS ANGELES. YOU WILL NOT BE CONSIDERED UNLESS YOU OWN A ROUTAN AND HAVE A FAMILY.