You are here:Home-Cautionary Tales, CHILD ACTORS, RESOURCES (For Your Actor), THE BUZZ, The Counselors Corner-Naughty or Nice? Top 7 Tips to AVOID Child Actor EGO!
Previous Next

Over the past few months as we have watched Justin Bieber become embroiled in various types of legal trouble, and we’ve wondered what effect it has on his young fans.  We went straight to the source surveying our child, pre-teen and teen readers to find out. You will see the results of that at the end of this article. – Cindy and Jody

What is the message we send about fame and fortune to our Teen and Young Adult Artists and their fans, our children who idolize and are influenced by these up and coming stars, athletes and musicians? What happens when these stars reach fame quickly while their parents can no longer exercise any control or have the ability to exert any boundaries after 18?  When they are on the road encompassed by those “in charge” and the supervising adult or manager who needs this child star to succeed in order to feel their own success?  What happens to a young person’s development when they are surrounded by adoring fans who feed their unhealthy narcissism, when they are seeing amounts of money they could never have imagined and acquiring bling that lights up a room?

Where does it stop? And how are they to come out untainted? Top 7 Tips to AVOID Child Actor EGO!

We all evolve psychologically throughout our lives and are influenced by parents, grandparents, surrounding family and close friends. Through the eyes of a child this is what relationships and the world look like.  School, peers, group sports, activities, spirituality and significant others teach children how to interact and engage. They learn to navigate situations both good and sometimes painful, all the while becoming resilient.  All these varied life situations prepare children with a foundation to grow into happy and healthy young adults, leading them into becoming productive and fulfilled adults.

One of the pitfalls of finding your “star” at a young age is that adolescents can miss the normal stages of development. In fact, their brains are only partially developed and do not become fully defined until the age of 25.  Of particular importance in this context are stages five and six from Eric Erikson’s theory of psychosocial development. Stage five “Identity vs. Confusion” occurs during adolescence when children are exploring their independence and developing a sense of self.  Completing this stage successfully provides a child the ability to live by society’s standards and expectations. A young star is often treated as if they do not have to abide by the “normal” rules and can bypass the typical mores of traditional community. Stage six “Intimacy vs. Isolation” covers the period of early adulthood where people are exploring personal relationships, figuring out how they fit into the world, the meaning of empathy, and recognizing how parents and others are a part of their life as they individuate. Again, young stars may glide through this stage already feeling like young adults whose status and money make them oblivious to parental supervision and traditional roles in relationships. Sometimes entertainers end up needing to compensate for what is missing emotionally and psychologically; they are often underdeveloped and create a false sense of self to survive and get through the confusion when separation is too soon or ends too quickly. 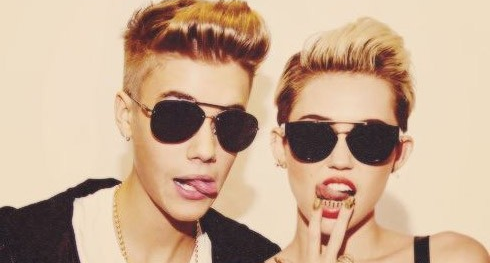 Children of all ages need nurturing, guidance and direction to learn who and what to trust and to develop a sense of right and wrong. This enables them to make positive and healthy choices when faced with unhealthy temptation and to avoid impulsive decision making, such as excessive drugs, drinking, lying, sex, stealing, breaking laws and the need for an abundance of adoration.

1) Help your child rediscover where the love is in their life. Together, identify who in the family circle is genuine, authentic, supportive and transparent.

2) Look at the family history.  Who in your child/young adult’s life historically has been trustworthy, stable and consistent?

3) Instill in your young star a healthy concept of giving back or participating in community.  Is sharing their good fortune part of their passion? Getting out of one’s self promotes emotional and spiritual healing.

4) Is spirituality or religion a part of your child’s practice?  What do they have to fall back on when they are challenged?

5) None of us are too old to be with those we love. What is the plan for holidays, birthdays, and family time?

6) Let them know it’s okay to act their age. Who do they turn to when in crisis or feeling lonely and isolated?

7) How do we keep these kids safe? Help build their identity without enabling their ego?

Remember, we all are bound to confront “identity crises” in our lifetimes. Young people who successfully deal with their earlier conflicts and who feel they have a solid support system to rely on are better equipped to face the challenges that growing up inevitably brings.

Survey Results
1.  Were you ever a Justin Bieber fan? If so,  what did you like about him?

No, I never liked him.

When I very first saw him on the show TRUE JACKSON VP I started listening to his music, but quickly stopped because I found his music ‘inappropriate’.

Yes, I liked what he sang about in his music. I knew the kind of person he was thru his songs.

I do not like him because he is a bad influence.

Still not a fan.

No, I’m not a fan anymore because his music just isn’t my favorite, and I don’t really like his choices.

No – because he got arrested!

No, because he has changed. He’s growing up too fast. He’s no longer that down to earth kind of person I looked up too.

3. Have you heard about the trouble he’s been in lately and what do you think about it?

I heard he did drag racing and I think it is terrible.

I’ve heard about his troubles. He’s brought them on himself by his bad decisions.

Yes, I have heard it and I think he needs help, so he can go back to being himself. To be honest, I feel bad for him.

I think that it’s bad behavior. He’s being rebellious.

4. Do you think boys and girls are treated the same when they get in trouble and explain?

No, because he will get in more trouble being a boy.  He will go to jail.

I think any person, boy or girl, gets into trouble by making bad decisions, but I think it’s more related to their level of fame and level of bad decision more than their being a boy or girl.

I think it depends on who it is.

Never thought about that before.

Mostly, but they are criticized in different ways. Some would think that Justin’s behavior is cool.

5. When you hear about movie star boys and girls getting in trouble what do you feel about it?

I feel sad because they don’t behave right.

When I hear about Miley Cyrus, Justin Bieber, Lindsey Lohan and the rest, I wonder why they haven’t learned better from their parents or from hearing stories about previous child stars who have also made bad decisions.

I feel bad for them, and I just hope they recover.

Horrible – and it makes me think they are horrible.

6. Does it influence your opinion of them?

Yes because they are being a bad influence for younger people.

It definitely changes how I feel about them. There are thousands of others who are working hard to get their kind of success and they’re blowing it. Also, when some people hear I’m an actor, they automatically think I’m a jerk because they think all child actors are the same as the ones they see on TMZ and other shows.

It makes me see them personally in a new way, but I will still watch their movies, music, etc.

Yes, It makes me feel like they aren’t the same person I thought they were…very misleading.