You are here:Home-CHILD STAR STYLE-On the Red Carpet-CHILD STAR STYLE: Disney’s Bella Thorne “Rocks Out” with @Unearthen and Raini Rodriguez Shines at 2013 Imagen Awards
Previous Next 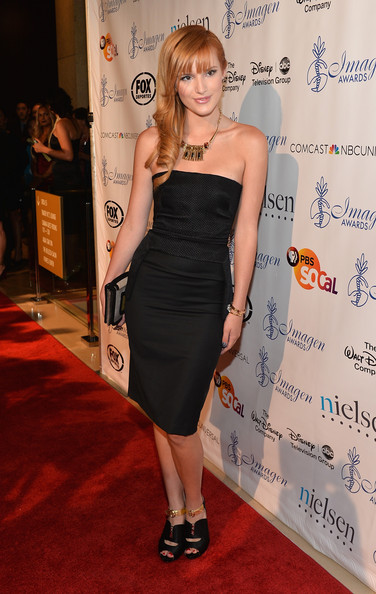 Bella Thorne, 15, (Shake It Up) has bounced back from an underwhelming outfit choice at the 2013 Teen Choice Awards and was again looking her usual sleek, chic self at the August 16, Imagen Awards which recognize and reward positive portrayals of Latinos in all forms of media. 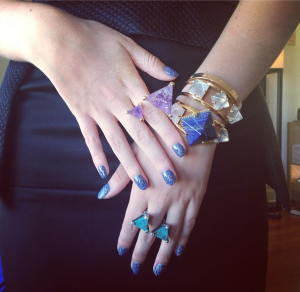 Thorne was nominated for Best Young Actress in Television and although she didn’t win, she looked amazing a fitted LBD by Olima paired with chunky black Prada sandals. She played things up with her accessories, tweeting: “I’m obsessed with @Unearthen Jewelry – LOVE LOVE LOVE,” referring to the prism-shaped crystal rings and bracelets that have become popular among celebrities like Jessica Alba and Mark Kate Olsen. She wore a gold block bib necklace by Forward by Elyse Walker that complemented the gold ankle strap detail of her shoes (I almost thought they were anklets). 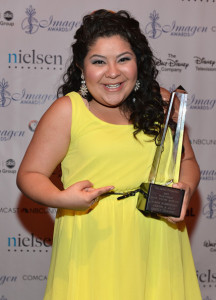 The winner of the Best Young Actress award went to Austin & Ally’s Raini Rodriguez, who looked sweet as sunshine in a yellow maxi dress with slim silver belt detail. She paired her ensemble with starburst earrings and side-swept waves. Perhaps her best accessory was younger brother Rico Rodriguez (Modern Family) who was looking dapper in a black suit. In an interview with Maximo Raini shared that yellow is one of her favorite colors right now, and it’s definitely one of our red carpet faves too! Raini and Bella had some fun at the awards, posting selfies and getting some love from Switched at Birth star (and Best Supporting Actress winner) Constance Marie.

Raini also revealed that she’s working on her first album! Did you know she could sing too?

Honorable mention goes to the beauty behind the voice of Dora the Explorer, Fatima Ptacek, 13, who looked stunning in a black lace dress and matching slingback sandals. 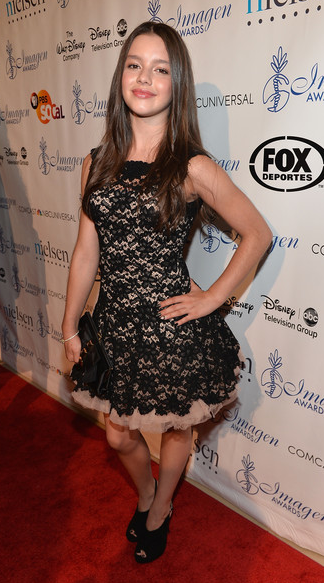 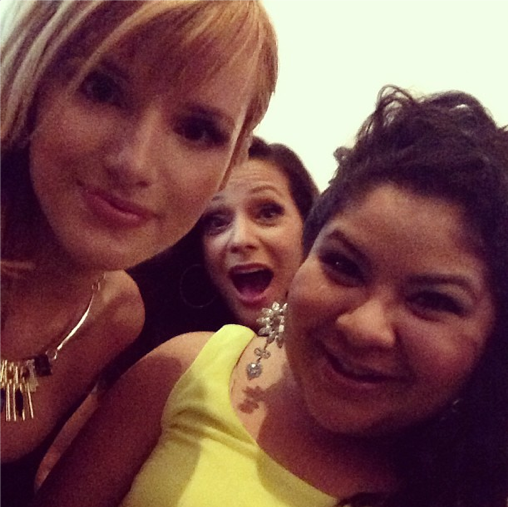