Five years ago I had the pleasure of speaking with former Cosby Kid Child Star Raven Symone’s Popager Christopher Pearman about his (then) new book on raising children called “Dream So Big: A Parent’s Guide to Helping Your Child Believe & Achieve”  Hollywood Mom Blog was relatively new in 2010 and was literally a “one-woman-band,” so as things often happen in the life of a momager, my  interview with Pearman never made it to print.

A recent renovation of HollywoodMomBlog.com has me sifting through Five Years of published and unpublished material and I immediately realized 1.) I seriously need to put all this valuable information into book form and 2.) I have to give Popager Pearman his due; after all, he did nurture and guide the career of Disney’s Raven-Symone, one of the most talented and accomplished child stars (turned producer) of our day.

First let me say that Christopher Pearman is one of the most motivational and positive people I’ve ever spoken to.  It stands to reason then, that his book is not specifically about his role as a Hollywood Dad, but rather provides a structure (Dreamcatcher Principles) incorporating positive parenting tools with examples from his own journey woven within those lessons. Dream So Big is not a puff piece or “I could have been a contender”vanity novel or Pearman patting himself on the back for a parenting job well done – it’s a guide, for me and for you and for all parents – regardless of whether we are raising professional child actors or future astronauts. In Pearman’s own words:

“Dream So Big” is based on Pearman’s “Dreamcatchers,” eight spiritual and practical principles which filter negativity and allow only for encouragement and positivity to reach your child: 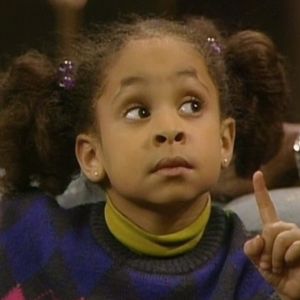 Pearman refrences Malcolm Gladwell and his reknown work “The Outliers,” in which he theorizes that success “is not exceptional or mysterious. It is grounded in a web of advantages and inheritances, some deserved, some not, some earned, some just plain lucky.”  “The Outliers” gave us “The 10,000 Hours Rule,” which hypothesizes that greatness (in a given field) requires enormous investment of time. Gladwell explains that reaching the 10,000-Hour Rule, which he considers the key to success in any field, is simply a matter of practicing a specific task that can be accomplished with 20 hours of work a week for 10 years. Pearman also used this formula, but at 50 hours per week for 20 weeks – as I mentioned, he’s highly motivational and self-motivated!

This is kind of book that’s perfect for reading in the new year when many of us our cleaning house, both physically, mentally and spiritually and while we still have our resolve about New Year resolutions.  Not to mention, who doesn’t need a good kick in the rear just as pilot season begins?

If you’re still doubting whether this is the parenting kick start you need, listen to what Raven herself has to say:

Editors note: This book was published in 2010, and Bill Cosby, the creator and lead in Raven Symone’s first television series “The Cosby Show,” is mentioned often and in glowing terms. Of course, in today’s climate of January 2015, the press has been flooded with stories of Cosby’s alleged illicit and criminal actions against top models Janice Dickinson and Beverly Johnson, actor Lou Ferrigno’s wife, Carla, retired trial attorney Tamara Green, lawyer Luisa Moritz, and journalist Joan Tarshis and two dozen others. If not fallen, his star is at the least forever tarnished. Putting the praise of Cosby in context, the remainder of Pearman’s material stands the test of time.