Your child has made the decision to become an actor. Now what? You need theatrical and commercial representation. You need expert guidance!

Current Clients include so many Child Stars and so many HollywoodMomBlog.com friends!

“As a manager, Greene, 30, uses her own youth to her advantage. ‘I have a really good pulse on what’s hip and cool,’ she says. At Monster Talent, she brings fresh energy while Bob Noll (‘my mentor and boss’) represents experience. By keeping her client list small, Greene is able to give her clients personal attention — one reason Shake It Up star Zendaya works exclusively with Greene and has no agent. Greene went to every taping of “Dancing With the Stars” last season, where Zendaya finished second. ‘I love my job. I can sit around eating Snickers with a bunch of 9-year-olds!'” 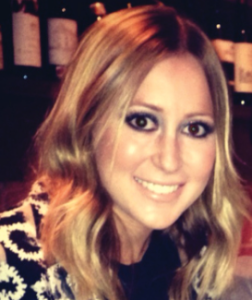 What some of Monster’s Clients have booked:

* “Richie Rich” Comedy Series Picked Up By Netflix starring Jake Brennan (of Monster Talent) as Richy Rich. The streaming service will release the 21-episode series in the U.S., Canada and Latin America beginning early 2015. Richie Rich is about the richest kid in the world. After making $1 trillion by inventing and selling a cool new green technology, the youngster moves into a decked-out mansion and instantly starts living the most awesome life ever. The series follows his adventures — from exploring Antarctica to making a movie with his friends and meeting famous celebrities.
Brian Robbins, co-founder and CEO of DreamWorks Animation-owned AwesomenessTV, Tim Pollock and Jeff Hodsden (The Suite Life Of Zack & Cody) are executive producers and showrunners. AwesomenessTV’s Shauna Phelan and Joe Davola also are executive producers on the series.

* Dylan Minnette, 17, has signed with WME.  He built a film and TV career with recurring roles on Fox’s Prison Break and ABC’s Lost. He recently starred opposite Steve Carell in Disney’s Alexander And The Terrible, Horrible, No Good, Very Bad Day, helmed by Miguel Arteta and produced by Shawn Levy. Minnette also stars in Sony’s chiller Goosebumps opposite Jack Black as author R.L. Stine, set to hit theaters in August 2015. Minnette also appeared recently in Denis Villeneuve’s kidnap thriller Prisoners and Jason Reitman’s Labor Day. Earlier this year he appeared on ABC’s Scandal as the son of President Fitz Grant. He is repped by Monster Talent.