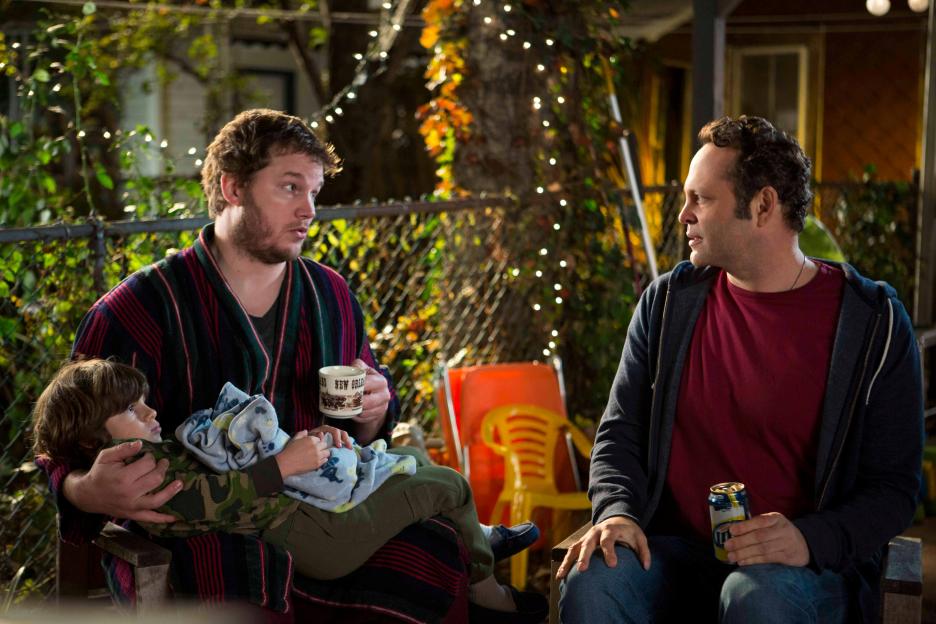 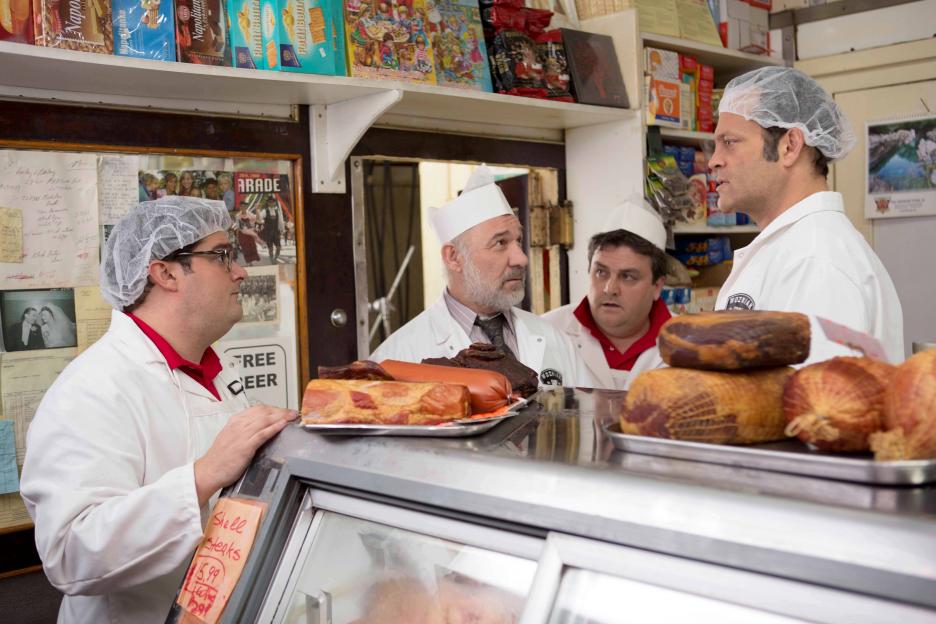 If it were possible to review a film, with more than two thumbs up, more than 5 stars for it’s Sentiment alone – I would do so for “DELIVERY MAN,” a DreamWorks Pictures’ and Reliance Entertainment film starring, Vince Vaughn with the most engaging supporting ensemble cast I’ve seen in years.

While it’s apparent from the trades that this movie had a rough opening weekend debuting against the Hunger Games sequel, I promise you, “Delivery Man” is a film you’ll watch over and over again for years to come.  Sure, go see the teeny bopper film du jour but when you need a pick me up, a good laugh and a good cry, grab your husband, wife, friend, mom, dad, neighbor and anyone else who appreciates a timeless, heartfelt story and get yourselves into “Delivery Man.”

What about the child stars? This film features several talented kids. Playing the spirited brood of Chris Pratt’s character Brett are Zachary Hernandez, Kyle Sutton and HMB’s own Erin Gerasimovich! Even hilarious Pratt was taken with the young actors’ comedic talents – especially Erin’s which he effuses over in an earlier interview.

So what’s the gist? “Delivery Man” stars Vince Vaughn as the lovable but underachieving delivery driver for his family’s meat company. Although David is immature, unreliable, in-debt and in desperate need of life direction,he has a generous heart and charms all he meets.

When David’s told he’s the biological father of 533 children due to a sperm bank error (and that 142 of those full-grown sperms are suing to learn his identity) his life changes, and he decides to do the right thing for once and to be held accountable for his past choices. 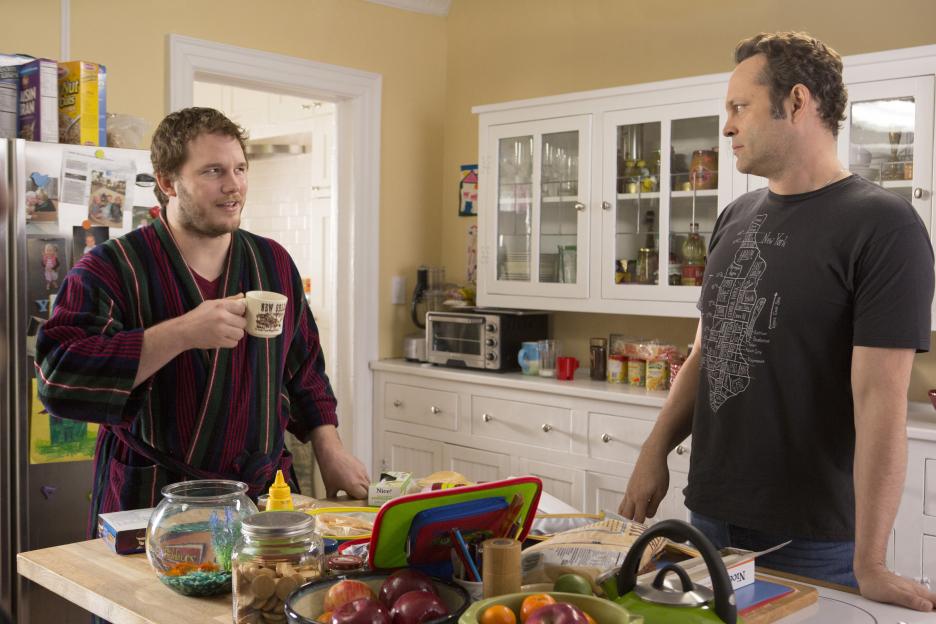 Eager to learn more about some of his newly found progeny, Wozniak tracks them down with the unintentional assistance of his childhood pal and legal advisor, Brett (Chris Pratt).  The chemistry between Pratt and Vaughn is the backbone of this film, reminiscent of Vaughn’s teaming with Owen Wilson in “Wedding Crashers” and Jon Favreau in “Swingers.”  Simply put, the duo works so well I’d love to see them together again onscreen soon.

David’s curiosity over his offspring develops into feelings of responsibility and he soon takes on the the self-proclaimed role of his clan’s “Guardian Angel.” For the first time in his life, Wozniak understands how good it feels to put the interests of others ahead of his own. David wants to see the kids excel in life, and offers advice, encouragement, compassion  and a shoulder to cry on – essentially  grasping all the precious things in life he’s been missing. 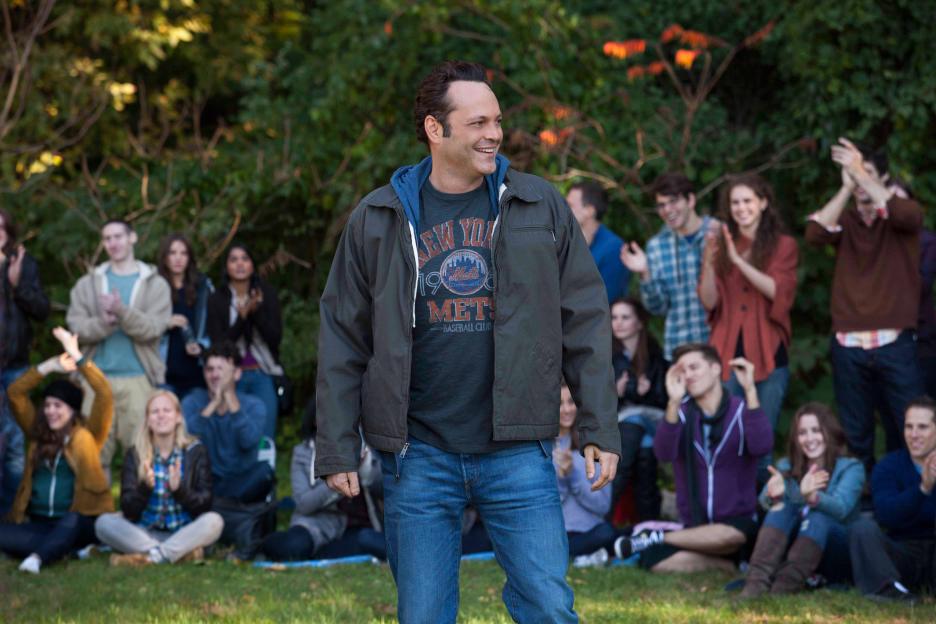 Meanwhile, David’s girlfriend, Emma (Cobie Smulders), makes him aware of her/their pregnancy, but knowing David, her expectations aren’t high. David’s recent trials and tribulations, however, have helped him grow in ways he never imagined possible, and he finally understands he has been given a purpose in life, and this time he won’t let anyone down, least of all, his children.

Again, this is the Perfect Thanksgiving Weekend Film for the family. Do yourself a huge favor and check it out and we’ll see you at the movies!