Guess we’ll call this post “The Forgotten Victim.”  In all seriousness, not only has former Disney Child Star Miley Cyrus upset her fiancee Liam Hemsworth (allegedly), the Parents Television Council (definitely), thousands of parents world wide and basically anyone with eyes as a result of her bizarre twerking at the 2013 VMAs, but her sexual antics with the now-notorius Foam Finger has greatly troubled it’s inventor, Steve Chmelar.

Steve Chmelar originally created  the foam finger prototype for an Iowa basketball match in 1971. He has spoken out against Cyrus and her “use” of his invention which was primarily to rub her private areas, thrust back and forth between her legs and occasionally target Robin Thicke’s babymaker.

But how exactly did the Foam Finger find it’s way to Miley’s hand?  Chmelar has stylist Lisa Katnic to thank for that as she brought the foam finger with her on a whim when she styled the women in Robin Thicke’s music video “Blurred Lines.”  For the 2013 VMAs, Cyrus’s own stylist Simone Harouche’s basically copied the original stylings of Katnic, including the foam finger. 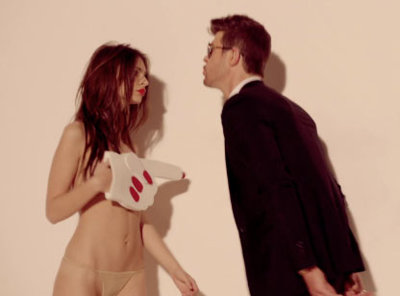 Chmelar told Fox News: “She took an honorable icon that is seen in sporting venues everywhere and degraded it. Fortunately the foam finger has been around long enough that it will survive this incident. For people who like that kind of entertainment, I’m sure that it met their needs.” 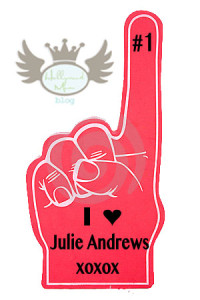 So who does Chmelar consider entertaining or pardon the pun, #1?

“If I had a choice between Julie Andrews singing The Sound of Music and Miley Cyrus doing Can’t Stop, I’d go the Julie Andrews route.”

No doubt he meant Julie Andrews performing without a foam finger. Oy.

In all fairness, in my 10 minutes of *in-depth research* on the matter, I’ve learned that there are basically foam fingers, thumbs, paws, feet and hands to suit any and every occasion.  And while Miley may have used Chmelar’s version, any one of a number of foam props could have been assaulted by the former child star this past Sunday night. My guess is a parody video involving foam body parts is likely all ready up on You Tube as I write this post. 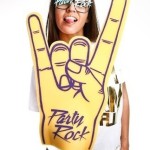 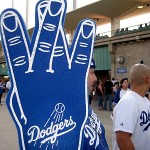 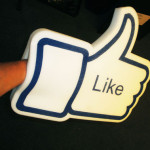 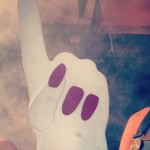 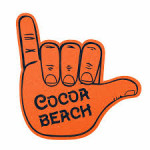 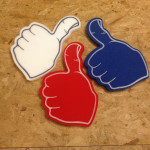 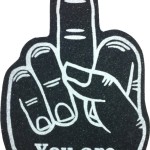 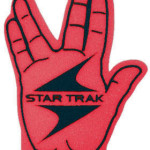 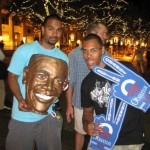 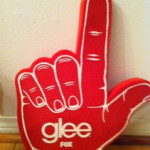 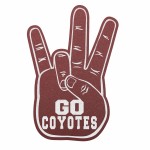 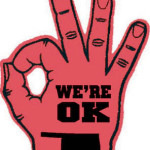