You are here:Home-Former Child Stars, RESOURCES (For Your Actor), THE BUZZ, The Counselors Corner, Then & Now-COUNSELOR’S CORNER: When Former Child Stars Break Down Publicly, It’s A Cry For Help! @wcccla @amandabynes
Previous Next

UPDATE: TMZ reported Friday that a judge ruled that Amanda’s doctors’ hold can be extended up to a year, but according to sources it is unlikely that she will be held for that duration. The plan is to keep her for 60 more days until she is stable and then release her to her Hollywood Mom Lynn Bynes, who is currently the Nickelodeon star’s appointed conservator.

Her stay at UCLA Medical Center alledgedly costs $3500 per day, which includes hospital treatment, but also daily living expenses. If Amanda were to actually remain there for the entire year, the bill would total $1.28m. 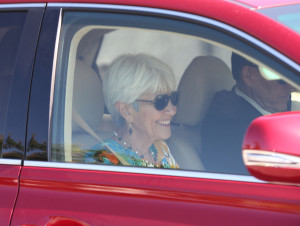 A tweet was posted on Amanda’s account on Saturday, the first one since her hold, which left the internet buzzing:
But, according to her lawyer Tamar Arminak, this tweet was not posted by Amanda herself, stating that the Easy A actress’ account was hacked and that she had no access to computers or phones at the center.

Leading up to her enforced check-in, Amanda had caused lots of stirs in the Twitter-sphere by posting negative comments about fellow celebrities, specifically targeting rapper Drake, and stating that they are “ugly.”

Mirror Mirror on the Wall Who’s the Fairest of Them All? When former child stars break down in public, it’s a cry for help.

Our hearts are breaking for former child star Amanda Bynes. We loved watching her and her kooky humor as she grew up on Nickelodeon. As she began to evolve into a post-pubescent beauty, we watched her roles in movies such as Easy A and admired her immense charm and talent. We could envision her ripening into a mature actress able to wink her way into comedic turns with a very Lucille Ball sort of glee.

But just like Lindsay, Britney, Anna Nicole, and many others before her, we’ve watched Byne’s recent public breakdown across the news, on Twitter, and Internet lines in textbook form, telling the age old tale of what happens when a star faces personal crisis on the world stage.

Why does an actor with a long, successful career suddenly go into complete crisis mode?

In some cases, the intersection of this crisis happens as a child star transitions from childhood to adulthood and is simultaneously struggling with issues of individuation. Alongside discovering who they are as an adult, former child stars are also dealing with the usual performance anxieties, competition within the industry and perpetual appearance and age-related anxieties that surround their careers. This maturity process may bring with it an enormous amount of self-awareness and confusion. Sometimes this becomes overwhelming and can tip the scale towards an underlying mental or behavioral issue, triggering drug and alcohol abuse or severe cases of acting out as a coping mechanism. When celebrities face these breakdowns, it’s often the tail end of a call for help with issues that have lain dormant all along.

Think about it, celebrities do not live in the world that we “normies” know. From the moment they become a star they are propelled into an environment where the people around them want to please them and keep them happy.  At some point in their rise to stardom and their own emotional development, they begin to question motivations, truth and relationships. Trust is no longer a given. It’s easy for boundaries to get crossed and become blurred. 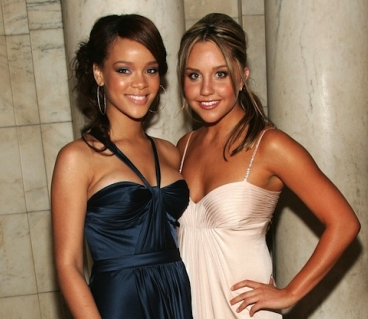 Alongside discovering who they are as an adult, former child stars are  dealing with the usual performance anxieties, competition within the industry and perpetual appearance and age-related anxieties that surround their careers.

Before they may even learn to handle age appropriate developmental tasks and responsibilities these young stars find themselves in many adult situations. They have and need to manage an exorbitant amount of money. They are forced to make professional decisions and carry out business negotiations. They are asked to engage in circumstances that require a more mature caliber of emotional stability. All of this while being continually catered to at every whim and being able to afford anything they could ever possibly want. This warped reality can create a very lonely existence for the person who doesn’t have a healthy support system or a solid, basic foundation beneath them.  To the world, it may look like these young stars have everything, yet away from the spotlight, they may be missing the essential nurturance, support and protection that is essential to all young people as they grow and evolve. They may secretly be yearning for love and attention at their core.

When a young star starts to question the existence of their authentic self it may juxtapose greatly with the persona they have built up in front of the world and they may consciously or unconsciously react with bad behavior and drugs or alcohol to help self-medicate their pain.

This is where therapy becomes crucial; in other words, initializing a process of intimate self-discovery with a professional who can help normalize their experiences. Unfortunately when meeting this crossroad these young stars may begin to shut down, feeling vulnerable and unable to share with anyone for fear of exposure or more importantly, losing their career. Some young stars avoid therapy because it lends a stigma that something is wrong with them or because admitting they need help might feel like a loss of control. Others may find it uncomfortable to step out from within their lifelong, fantasy bubble to face themselves front and center in the mirror. But the only true way they can crack the glass of delusions and self-denial is to step out from behind the camera and face their truth in mind, body and soul. They need a safe place absent of ulterior motive or agenda where they can find the help to evolve into the healthy, flourishing and happy individuals they have the right, like everyone else, to be.

Cindy Busto, LCSW, DCSW and Jody Frank, LCSW, DCSW, CAS are owners of West Coast Counseling Center (wcccla.com) in Encino, Westlake Village and West Los Angeles. where they have been partners for the past 28 years.