Bio: Doreen Stone has been in the business of professional head shot photography for more than 2 decades – surprising considering she doesn’t look a day over 25 herself.  Over her illustrious career Doreen has photographed almost every child star you can imagine from 80’s & 90’s child stars like Mario Lopez (Extra!) and Danielle Fishel (The Dish!) to feature film a-listers Abigail Breslin (Little Miss Sunshine, My Sister’s Keeper), today’s television stars such as Ariel Winter (Modern Family) and tomorrow’s stars like Mackenzie Foy (who plays Renesmee Cullen in the next Twilight installment)  When my daughter Jordan shot with her earlier this year not only did she nail the “specific” photo looks we required, I learned a lot about the artist behind the lens! 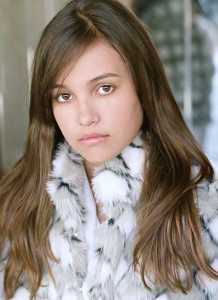 HMB: How did you become a headshot photographer?

Doreen Stone: From a very young age, I’ve been drawn to photography. Although I never had an interest in the technical aspects, looking through a camera lens was really a way for me to connect more deeply with people and really, the world.  I am most alive and present when I am behind my camera. I see each person before me as a gift. I see each person’s uniqueness.

HMB: What’s your method and philosophy:

Doreen Stone: When I look through the camera lens, I am forced to focus on the person in a way I never before would have noticed to think about.  I think that’s why my head shots are so different and special.  I am sensitive to each individual personality and understand that some clients may feel trepidation when entering a session…but through trust and even humor, I really concentrate on creating a carefree environment.  I don’t pressure my clients but instead try to draw them out. I also try to take [them] by surprise – like capturing a moment before they even know the picture was taken. This helps [avoid] having those fake smiles and poses.

If I am doing my job right, there comes a moment when there is a sense that everything has come together…the lighting, the mood and the emotion. At this point it just hits me and I know, “That’s a good picture!”  I believe all my clients are worthy of such attention.  I [believe] this philosophy evolved from my decision to shoot more children and teens. 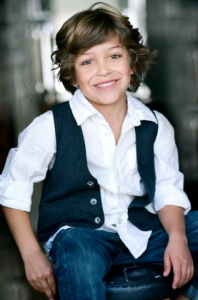 HMB: How did you come to primarily specialize in photographing kids and teens?

Doreen Stone: Kids have this amazing openness and receptivity.  They are also so flexible and usually have no expectations. They’re in the moment with me, creating the most amazing environment of trust and humor. Unfortunately adults seems to loose that carefree spontaneity and are constricted by their expectations of how things ought to look.

HMB: Please give us your perspective as a photographer who prefers film, on why film versus digital cameras.

Doreen Stone: I have to admit the new digital cameras are really awesome. Is there a clear cut answer to digital versus  film? No.  Digital is not “better,” it’s just different. having said that, I prefer the look of film. Mostly the highlights and resolution.  The highlights are richer and the textures more graceful which is important to me for skin tones. But even more, with film you are forced to slow down and think about what you are doing.

I see these photo shoots where the photographer shot 600 pictures with a digital camera and all 600 pictures look exactly the same. No uniqeness. No connection to the moment nor the person sitting in front of them. You will never see that with my pictures.

HMB: What advice do you give parents to prepare their kids for a shoot?

Doreen Stone: I think it’s important that the parents speak first with the [child’s] agents and/or managers and THEN the photographer.  What is the agent or manager looking for? Commercial shot? Theatrical shots? Something more specific? Only head shots, or body shots also?

[I also suggest] they have several changes of clean and ironed clothes. Usually the clothes should be bright and solid colored with no patterns or anything too distracting. The clothes should be casual and appropriate for a child or teen.  Also your picture should look as young as you are…sometimes even a little younger. So my general rule is no make-up!  And most important, your child should have a good nights rest before a shoot.