Notice: fwrite(): write of 601 bytes failed with errno=122 Disk quota exceeded in /home/hollywo1/public_html/wp-content/plugins/wordfence/vendor/wordfence/wf-waf/src/lib/storage/file.php on line 43
 Hollywood Mom Blog Readers Are Invited to a Complimentary Screening of SPY KIDS: ALL THE TIME IN THE WORLD IN 4D | Hollywood Mom Blog Skip to content

Hollywood Mom Blog Readers Are Invited to a Complimentary Screening of SPY KIDS: ALL THE TIME IN THE WORLD IN 4D

You are here:Home-CHILD STAR STYLE, Rowan Blanchard, Screenings, Parties & Union Events, THE BUZZ-Hollywood Mom Blog Readers Are Invited to a Complimentary Screening of SPY KIDS: ALL THE TIME IN THE WORLD IN 4D
Previous Next

Hollywood Mom Blog Readers Are Invited to a Complimentary Screening of SPY KIDS: ALL THE TIME IN THE WORLD IN 4D 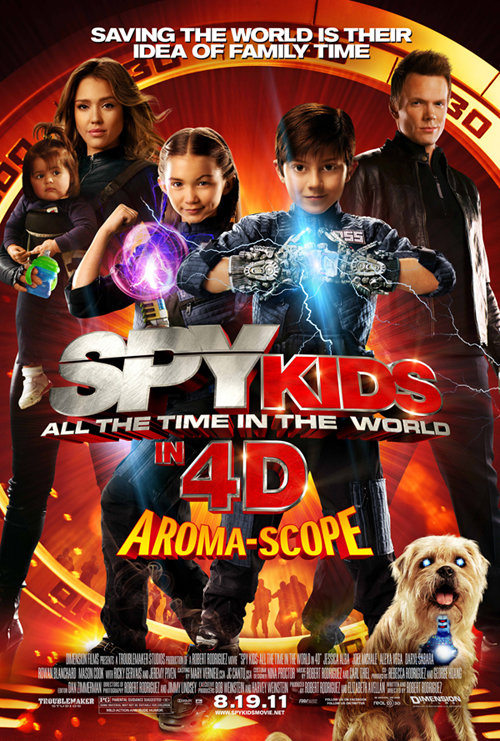 Exciting news Hollywood Moms! Hollywood Mom Blog readers are being offered complimentary passes to the film SPY KIDS: ALL THE TIME IN THE WORLD IN 4D. The film is not only in 4D and but was shot with “aromascope” which offers viewers to “smell” the experience!   I just experienced 4D & aromascope and I promise you, the kids LOVE IT!

SPY KIDS: ALL THE TIME IN THE WORLD IN 4D Screening

HOW TO GET PASSES: You will need to answer the question “If you were a spy, what kind of gadget would you have?”  Include the names, ages, address, and number of guests. Then send this information to spykids4la@gmail.com with “SPY KIDS” in the email subject line. Only correct entries will be applicable.

PLEASE NOTE: Seating is limited to first come, first served, and is NOT guaranteed so please arrive about an hour before showtime.

View the trailer at: http://trailers.apple.com/trailers/independent/spykidsallthetimeintheworld/

ABOUT:
On the surface, Marissa Cortez Wilson (Jessica Alba) has it all…married to a famous spy hunting television reporter, a new baby and intelligent twin step kids. But in reality, trying to mother Rebecca (Rowan Blanchard) and Cecil (Mason Cook), who clearly don’t want her around, is her toughest challenge yet. Also, her husband, Wilbur (Joel McHale), wouldn’t know a spy if he lived with one which is exactly the case – Marissa’s a retired secret agent.

Marissa’s world is turned upside down when the maniacal Timekeeper (Jeremy Piven) threatens to take over the planet and she’s called back into action by the head of OSS, home of the greatest spies and where the now-defunct Spy Kids division was created. With Armageddon quickly approaching, Rebecca and Cecil are thrust into action when they learn their boring step-mom was once a top agent and now the world’s most competitive ten year olds are forced to put their bickering aside and rely on their wits.  With a little help from a couple of very familiar former Spy Kids, Carmen (Alexa Vega) and Juni Cortez (Daryl Sabara), and some mind-blowing gadgets, they just may be able to save the world and possibly bring their family together while they’re at it.