The SAG-AFTRA Foundation has spaces available in their upcoming Young Performers Casting Access class. This workshop is only available to SAG-AFTRA members under the age of 18.

Hollywood Moms – to RSVP for your child actor, make sure you are logged in to the Foundation’s site. If you have any difficulty logging in, please contact the Foundation’s Website Administrator at webmaster@sagfoundation.org.

Please spread the word and tell all your SAG-AFTRA friends about the SAG-AFTRA Foundation’s Young Performers workshops.

If you have any questions regarding these workshops or the Foundation’s Casting Access Program, please email castingaccess@sagfoundation.org. 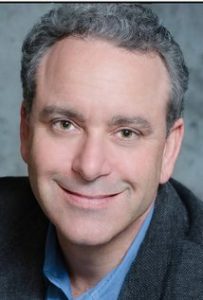 ABOUT Mark Paladini (from MarkPaladini.com)

Mark’s theatre directing credits include the New York premieres of “Everyone Will Be a Talk Show Host for Fifteen Minutes” and “Shake, Rattle and Kill.”  Mark developed and directed “Our Stories” which premiered in Jerusalem in 2006. Los Angeles credits include the Hudson Backstage production of “The Rental.” Recent directing credits at Regent University include “The Foreigner,” “The Diary of Anne Frank,” and “Into the Woods.”  Paladini also directed “The Foreigner” for the Tidewater Regional Repertory Theatre in Newport News, VA.
Mark studied with Uta Hagen in New York for three years after receiving his BA in Drama from the University of Washington in Seattle. Mark performed professionally in film, television, Equity summer stock, dinner theatre and Shakespeare in the Park prior to his casting career. Before leaving New York, Mark directed commercial auditions for two years at Three of Us Studios where he studied commercial acting with Joan See.

Mark lives with his wife and two children in Virginia Beach during the school year and continues his professional work in Los Angeles during the summer. He’s currently a casting consultant for independent feature films throughout the year. For the past four summers, Mark has been on a blue ribbon panel for the Academy of Television Arts and Sciences to decide upon Emmy winners in several categories.

Mark’s professional memberships include Actors’ Equity Association, the Screen Actors Guild/American Federation of Television and Radio Artists, the Casting Society of American, the Academy of Television Arts and Sciences, and the Southeastern Theatre Conference (SETC). Mark was keynote speaker for the SETC convention in Arlington, 2003.