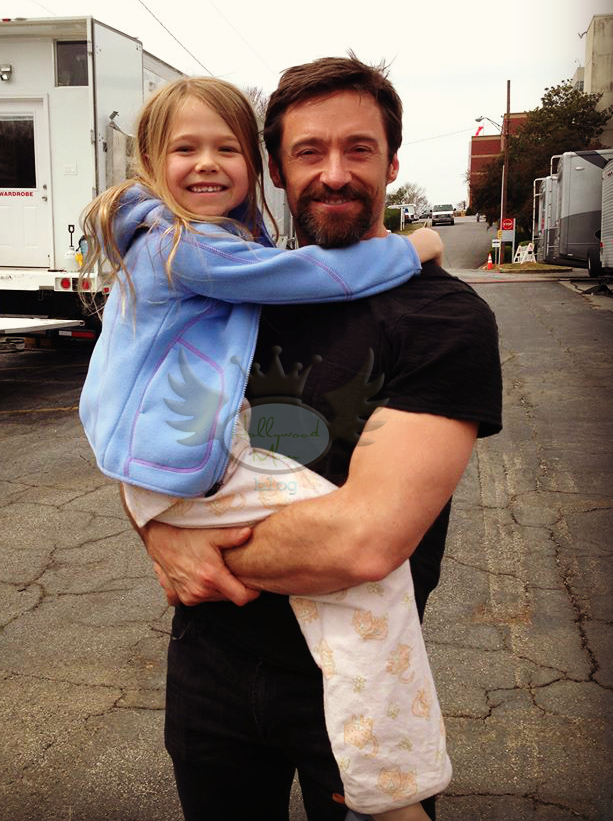 Prisoners is a Warner Brothers film with an all-star cast centered on the abduction of two childen, Anna Dover (played by Erin Gerasimovich) and Joy (Kyla Drew Simmons), who go missing in the midst of a Thanksgiving Day celebration.  Anna’s father, Keller Dover (Hugh Jackman) doesn’t agree with the manner in which Officer Loki (Jake Gyllenhaal) is handling the investigation, Anna’s mother (Maria Bello) titers on the brink of emotional collapse, Keller desperately takes matters into his own hands.  Viola Davis, Terrence Howard, Paul Dano, Melissa Leo, Dylan Minnette, 16, and Zoe Borde round out this phenomenal cast.

Child Actor Erin Gerasimovich, 8 years old, was born in Mineola, NY (Long Island) and lives in Garden City, New York with her parents Caroline and Ken, and her 2 older sisters, Ashley, 9, and Alexa, 11.  Erin modeled as an infant and later showed an interest in acting when she saw older sister, Alexa, on the daytime soap opera, All My Children.

So how does a an 8 year old girl score a star-studded gig like Prisoners you ask?  To get the inside scoop HMB went straight to the source, Erin’s Hollywood Mom, Caroline Gerasiovich. 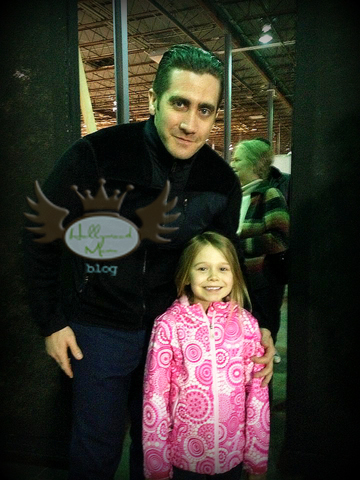 Jake Gykenhaal as the heart-melting Detective Loki with Erin. Catch a glimpse of Melissa Leo in the bg. Photo courtesy Gerasimovich Family

Caroline tells HMB, “My children began modeling as infants and it seemed to me [at the time] like a natural transition [to go from modeling to acting]  but now I see that they are two, very different worlds.

“When I started all of this with my girls, I looked at it as an extracurricular activity and still do.  I love how this is a part of their lives and something that they really enjoy doing, but they also have other interests which helps keep all of us grounded.”

How a Mom becomes a Hollywood Mom

“My husband and I are both from New York. He grew up in Queens and I grew up on Long Island. I became a court reporter and my husband is a corporate attorney [who handles mergers and acquisitions.]”

One previous job Caroline had that helped prepare her for being a Hollywood Mom, was working for a business manager who handled the finances for A-List stars. But she adds, “I was never in the business myself and learned everything I know along the way.”

“Two of my three daughters, Ashley and Erin, auditioned for Prisoners. When we showed up to the audition, we were in a room full of beautiful, African-American girls. I called their agent because I thought we were in the wrong place and they reassured me, saying, ‘They’re there for a different role.'”

“A couple of weeks later, both girls got a callback to read for the director. Erin was filming another movie at the time (Delivery Man) and the day of the callback was her last day of work. I asked our agent if Erin could audition the next day but they said the director was flying to L.A. the next day.

“We were in Brooklyn and needed to be in Manhattan by 5:00 p.m. Around 3:45 p.m., Erin was done filming and we jumped in our car and made our way over to Manhattan, while my au pair was on the Long Island Railroad with Ashley heading to the callback. We met up and both girls auditioned for the director. About two days later, our agent called and said that Erin was the director’s top choice, but he was still auditioning in L.A. and Atlanta, so I wasn’t getting my hopes up.”

“Three weeks later, while I was at a modeling job with Alexa, the agent calls [to say] Erin booked the role of Anna in Prisoners. They were giving me all the details but I don’t think I heard a word of what they said – I was over the moon excited. Alexa was the first [family member] to know, and on a funny side note, Alexa had auditioned for the role of “Anna” in Prisoners three years earlier!  The project was put on hold and when I got the sides for Prisoners the second time [three years later], I immediately recognized the lines.  ‘I know these sides!’ I said to myself.” 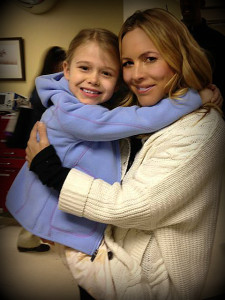 “I’d read the script during the audition process and loved it. [It’s] an incredibly intense thriller with many twists and turns. What were my thoughts about Erin playing the role of Anna?  I’m very honest with my girls, when they are going on an audition, I explain to them what the role will involve (sometimes I know a lot, other times I know a little), but I explain to them how it is all pretend and everyone is truly “fine” in real life. All of my girls have done roles [involving] intense situations. Erin’s first movie, Awakened, was a thriller also, so she already had experience with scenes that are supposed to be intense, so I was comfortable with Erin filming Prisoners, and she was comfortable, too.”

“Filming took Erin and I away from home for nine weeks to Atlanta, Georgia; Five weeks on location, then back home for a month, then additional filming for four weeks. Having two other daughters at home, my husband and I had to figure out how he would handle not having me around everyday, especially since he has a very demanding job. I have an au pair, but she cannot work more than 45 hours a week, so we asked my adult step-daughter to move in while we were away.”

“My girls all attend our local public school. When I told them how long Erin would be away filming, they informed me I had to withdraw her from school. So, that’s what I did. Erin’s teacher would set aside any classwork she missed at school and once a week my husband would Fed-Ex a package to us, and Erin would do the classwork with the set tutor. Her school was incredibly helpful.

Some of the filming [on location in Conyers Georgia] was weather dependent, so there were days we were scheduled to work but couldn’t because the weather wouldn’t cooperate.  We had to be very flexible.
The Best Part of this Experience Was…the Worst Part Was…

There were so many highlights in making this film it’s hard to know where to begin. The lifelong friendships Erin and I have made, the incredible honor of being in the presence of so many incredibly talented people working together, the delicious catering (I think that would be Erin’s first answer).  Hugh [Jackman] would hand out lottery tickets on Fridays to all the cast and crew, and one Friday Erin won $2!  Jake [Gyllenhaal] gave us a gift of cookies and cupcakes and when Erin wrote him a thank you she gave him our home number,  just in case he wants to call and say “Hi.”  The director Deni [Denis Villeneuve] was fabulous. He was so good with Erin and would tell me how happy he was with her.  Erin wrote Deni a thank you note [after production wrapped] and signed it “Your favorite, Erin” and he loved it! 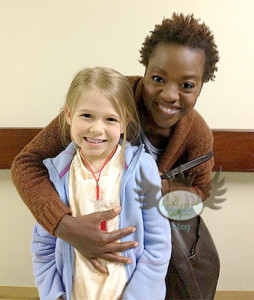 But as amazing as it was to work on this film, the hardest aspect was being away from my other two daughters. I’ve never had to be away for so long from them and I have learned that in the future, I will make arrangements to have them visit or make sure to go home on a weekend or have someone else stay during filming for a little while so I can be home and spend time with them. [Being a Hollywood Mom on set] can be a huge juggling act when you have multiple children, especially when more than one child works in the entertainment industry.  It’s important that every member of the family be understanding and flexible in order to to make it work.

Erin has two other films coming out this Fall, Awakened and Delivery Man and she can also be seen in the season 2 premiere of the Netflix show Orange is the New Black.  Erin’s agent is Mitchell Gossett (L.A.) and Erin Grush (NY) at CESD Talent Agency.

Advice for Other Hollywood Moms

My advice to other Hollywood Moms would be to remember that the path you are taking with your child is a journey, try to enjoy every aspect along the way. Teach your children that they will get what is right for them and that’s all that matters. Do not concern yourself with the success or failure of others, teach your child to only compete with themselves to be the best they can be. 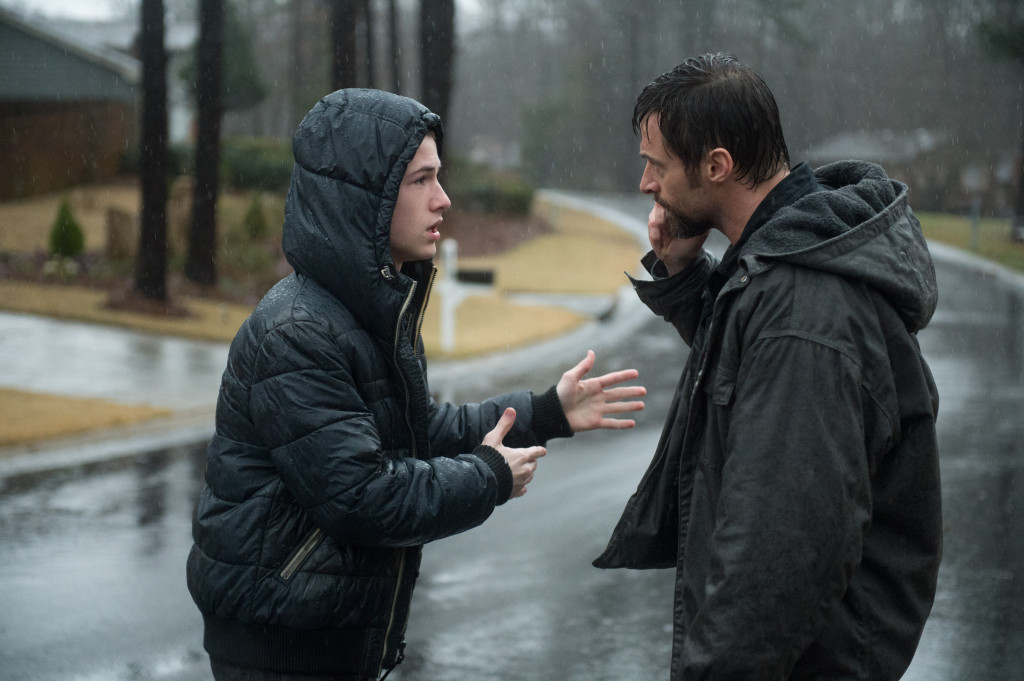 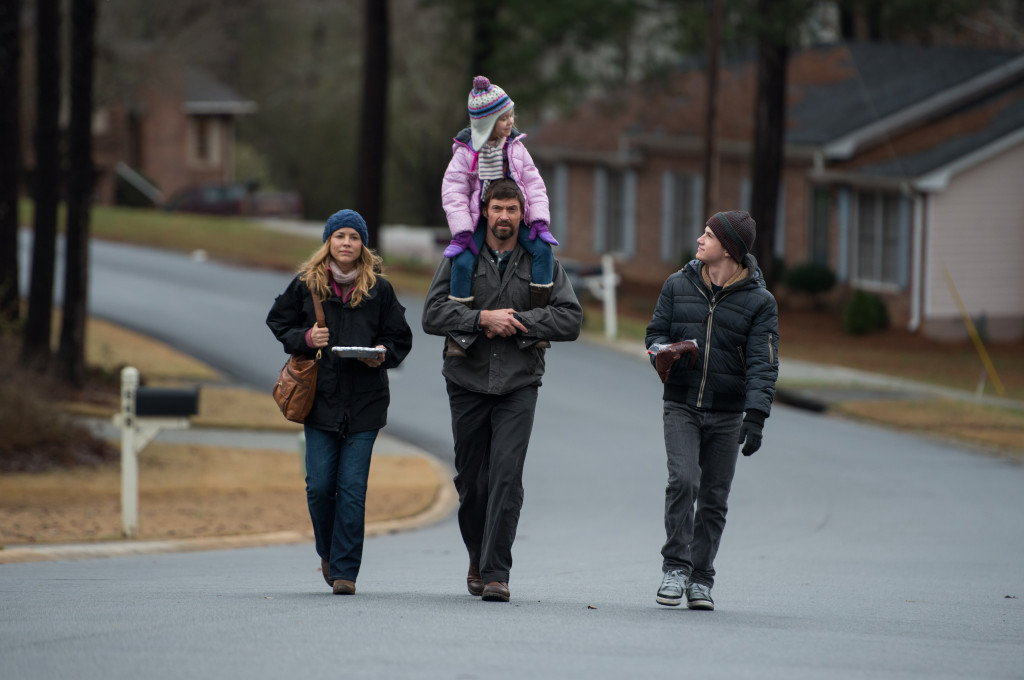 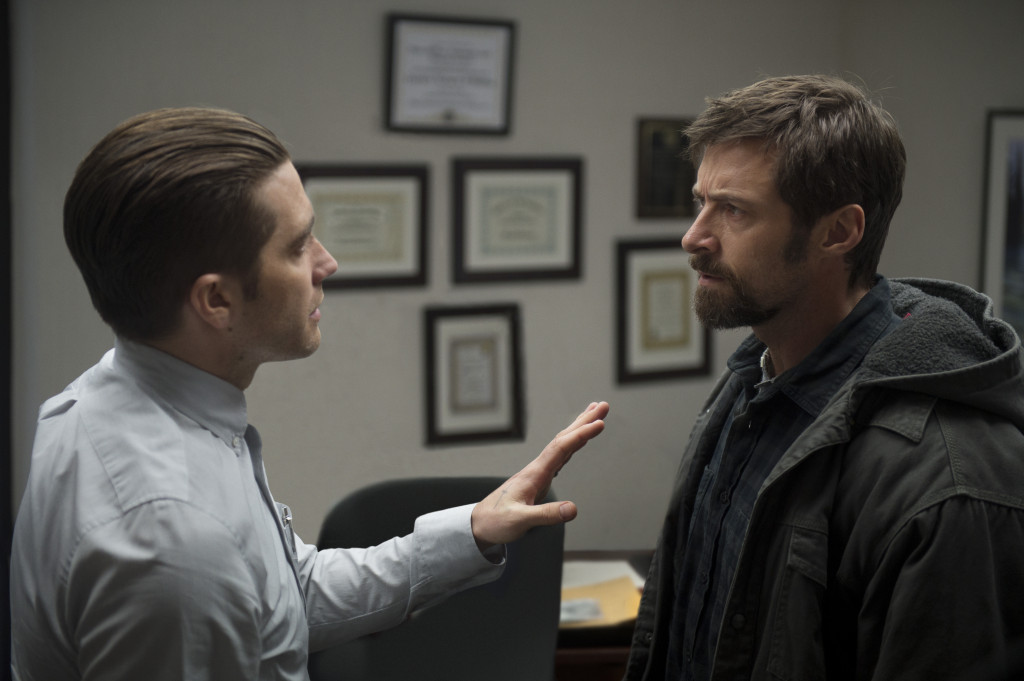 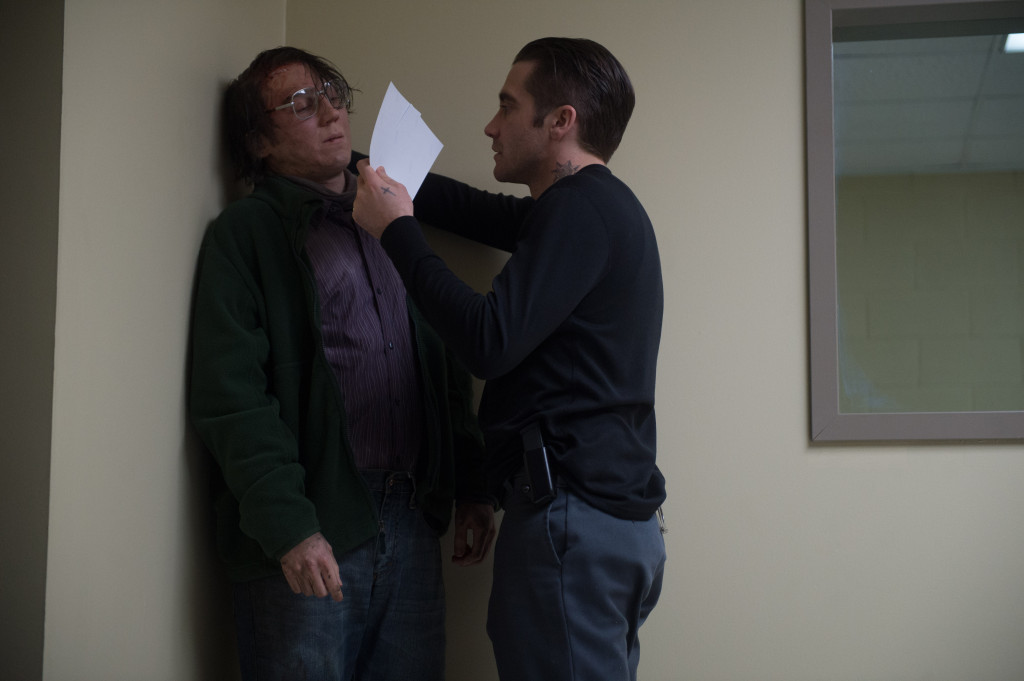