Should Child Actors be Nominated for Oscars, Emmys, SAG Awards and Golden Globes?

You are here:Home-Awards & Accolades, CHILD ACTORS, THE BUZZ-Should Child Actors be Nominated for Oscars, Emmys, SAG Awards and Golden Globes?
Previous Next

Should Child Actors be Nominated for Oscars, Emmys, SAG Awards and Golden Globes?

Child Actress Quvenzhané  Wallis, (Beasts of the Southern Wild) age 9, won the Critics Choice Award last night for Best Young Actor/Actress but lost her bid in the Best Actress category to Jessica Chastain (Zero Dark Thirty.) Wallis is also an Academy Award nominee for Best Actress. If you’ve seen the film you know one can’t help but fall in love with Beasts‘ Hush Puppy, the little fighter with big heart. 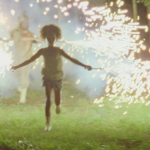 But love her performance or not, these award nominations have led to much speculation within the entertainment community and the elephant question in the room is “Should Child Actors be Nominated for Oscars?”  This question was asked on CBC Radio, a variation of a question many have pondered since Beasts of a Southern Wild breakout star Quvenzhané Wallis was nominated for several major awards. The background for those of you not in the know, Wallis was 6 years old and had never acted prior to filming Beasts. She portrays character HushPuppy in a fantasy world called the Bath Tub most resembling  New Orleans, LA during and after Hurricane Katrina. Some argue that children as young as Wallis was in the film in shouldn’t be up for any awards because what they’re doing isn’t actually “acting.”  In his own article, critic Scott MacDonald defines Wallis’ performance not as acting (which requires “some intentionality on the part of the actor, some conscious effort to adopt a persona other than his or her own”) but as being a “camera subject.”

Hollywood Mom NCL expressed her thoughts: “I feel like kids should be nominated for an Oscar if their performance warrants the nod…and by that I mean really acting. I just don’t think that Quvenzhane’s performance or should I say “presence” in the film warrants an Oscar nod. Each year there is one film—the sweetheart film that everyone jumps on the bandwagon to gush over–2012’s film is Beasts of the Southern Wild. I watched the film and even though the film itself is quite ambitious…Quvenzhane’s role is simple and she is narrating through the majority of the film, basically walking around in her underwear and boots while a camera follows her and if we’re being fair— she wasn’t acting through out most of the film she— was just being filmed by a cameraman following her around the swamp—-being adorable and looking at people with a mixture of bewilderment and presumption [which] is not great acting.”

She continues, “Acting is reacting to imaginary stimuli—I just didn’t see enough acting to justify a nod. If you were to watch the following child actors performances and you were to compare them to Quvenzhane’s–the answer to the question [should wallis be nominated] would be obvious. NO. The following performances are totally worthy and justified for a nod: Justin Henry – Kramer vs Kramer, Mary Badham – To Kill A Mockingbird, Tatum O’Neal – Paper Moon, Sal Mineo -Rebel Without A Cause, Mae Whitman – Hope Floats, Elijah Wood – The Good Son, Abigail Breslin – Little Miss Sunshine, Wil Wheaton – Stand By Me, River Phoenix – Stand By Me, Corey Feldman – Stand By Me, Jerry O’Connell – Stand By Me, Anna Paquin – The Piano, Max Records – Where the Wild Things Are, Chloe Moretz – Kick-Ass, Jodie Foster – Taxi Driver, Henry Thomas – E.T.: The Extra-Terrestrial, Haley Joel Osment – The Sixth Sense, Dakota Fanning – Hounddog, Kirsten Dunst – Interview with a Vampire, Christian Bale – Empire of the Sun, Natalie Portman – The Professional. Of course, this is just my opinion.”

Most of our Hollywood Moms and Dads concur with the view that young performers should be nominated for the big awards and that defining a lower end age, like 6 or 7 could prevent some of this controversy.

MacDonald’s suggested solution to the issue would be to reinstate the Academy Juvenile Award, an honorary statuette that used to be given out periodically to actors aged 18 and under, which would be a “happy Hollywood ending for us all.”  The award has been given to 12 young performers over the years, the first being Shirley Temple in 1934, the last being Hayley Mills in 1960. Patty Duke was the first child winner of an “adult” acting award for her supporting turn in The Miracle Worker, in 1963 at which time the Juvenile Award fell out of favor.

What do you say Hollywood Moms and Dads? Should the awards system stand as is, or should the categories be altered to specifically accommodate our talented youngsters, or should a lower end age limit be instituted to prevent the youngest of children from being placed in this position? We want to hear your thoughts. 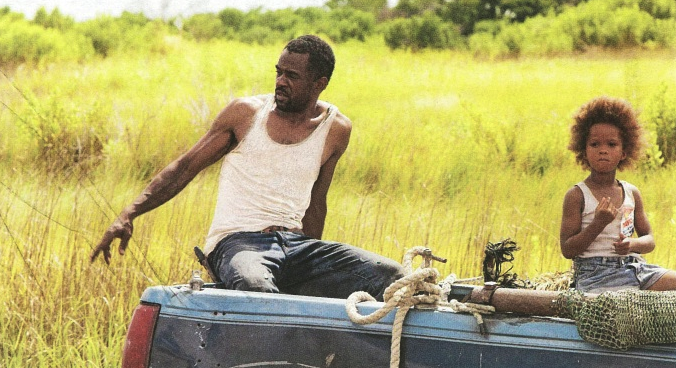