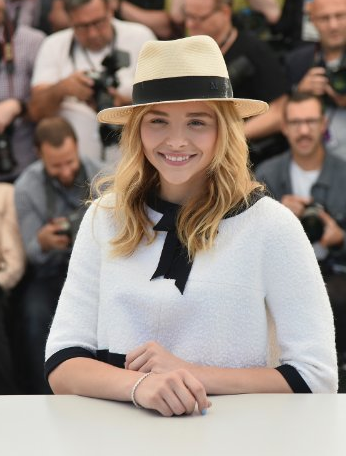 Child Star and fashion icon Chloe Grace Moretz at the Cannes Film Festival to promote “The Clouds of Sils Maria.”

If you’ve read Hollywood Mom Blog for any amount of time, you know we’re huge fans of the talent that is Chloë Grace Moretz. Recently, the 17-year-old actress and budding fashion icon, speaks about her challenges being a child star while at Cannes for the screening of her film, Clouds of Sils Maria.

Moretz shares that she has encountered bullying paparazzi and unkind fans. “They’ll be like, ‘You have to give me a photo,'” she said. “‘I buy a ticket to your movie. I, in a sense, own you. If I don’t buy a ticket to your movie, you’re done — so you have to take a photo with me.’ There’s a lot of entitlement, especially nowadays, in Hollywood, because they think they know everything about you. They think that because you have an Instagram, they can go break into your house. ‘You let us in! I’ve seen your house on your video!’”

Moretz works diligently at flying under the Hollywood radar especially when it comes to romantic ties.  “If you keep it quiet and you don’t make a fool of yourself, it’s not that hard,” Moretz states candidly. “Keep it at home — you don’t have to go out. You don’t have to be making out in public like a weirdo! I hate that stuff. Sure, hold hands if you want to. Just know what you’re doing. If you really love someone, you may not want to make it that public, because it can bring everything down. The minute that one million Twitter followers get involved, the relationship’s no longer about you guys.”

“Kids my age aren’t interested in the drug addicts who mess up,” she said. “My generation, the Elle Fannings and me, all the girls that are working so hard in this business, that’s who these young kids are interested in. They want to see the go-getters. This is a generation that is not out for any BS.” 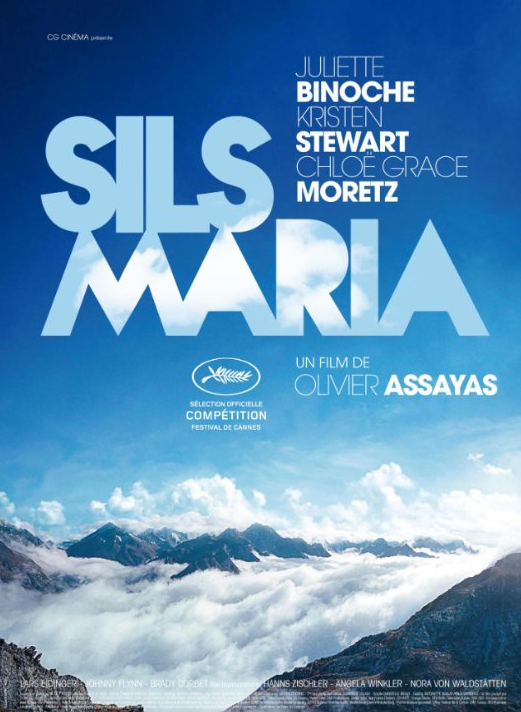 About Clouds of Sils Maria

At the peak of her international career, Maria Enders (Juliette Binoche) is asked to perform in a revival of the play that made her famous twenty years ago. But back then she played the role of Sigrid, an alluring young girl who disarms and eventually drives her boss Helena to suicide. Now she is being asked to step into the older Helena. She departs with her assistant Valentine (Kristen Stewart) to rehearse in Sils Maria; a remote region of the Swiss Alps. A young Hollywood starlet with a penchant for scandal (Chloe Moretz) is to take on the role of Sigrid, and maria finds herself on the other side of the mirror, face to face with an ambiguously charming woman who is, in essence, an unsettling reflection of herself.

Low key Chloe Moretz plays her polar opposite in “SIls Maria,” a young Hollywood starlet with a penchant for scandal.