You are here:Home-CHILD ACTORS, Former Child Stars, Success Stories, THE BUZZ, Then & Now-Success Story: Child Actor Joe Mazzello Graduates to Acting in Adulthood the Old Fashioned Way – He Earned It.
Previous Next

After a month of depressing new stories about the tragic ends of former child stars, I have some encouraging news to relay about the rewards of hard work and strong parenting. This is the story of former child actor Joe Mazzello. 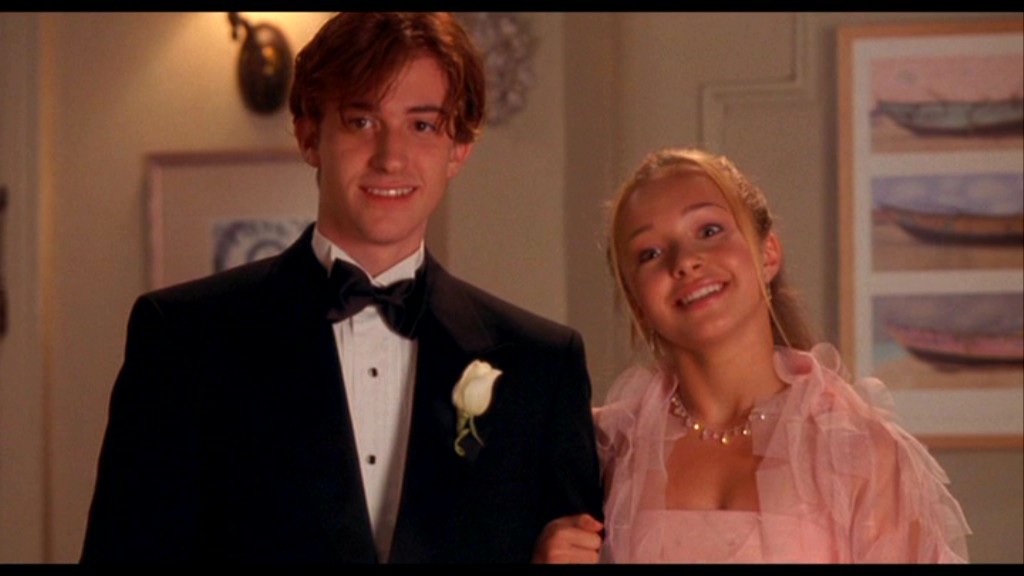 Former child actor Joe Mazzello [“Radio Flyer,” “Raising Helen” and “Jurassic Park”] takes an adult turn Sunday night as character Eugene Sledge in HBO’s “The Pacific.” While difficult to imagine, Mazzello is already a 20-year acting veteran at the tender age of 26. Unlike many child actors who lose their way and find their careers over by their teen years, Mazzello has transitioned to adult character actor roles with relative ease.

How was this possible?  According to Mazzello: “I think all of it has to do with parenting and keeping your kid grounded, keeping them in the real world and don’t let them get caught up in it. I always lived in upstate New York in a small town. And I never moved out to L.A. and did the ‘pilot season’ thing. I never immersed myself in it. I would do the job, then I would go back home and live a regular life. I would be playing in the leaves and kickball with my friends, and I just had a very normal life.  So I felt like I got to live two lives. I got to go out and do these amazing things, go to these exotic locations and have all this fun, and then go home and also be a normal kid. I think that balance is what made me always love it.”

Mazzello recalls the first time he worked with Steven Speilberg, at the age of nine, while filming “Jurassic Park.   “…There was a hurricane [sic] and Steven Spielberg decided instead of being safe, going underground and making sure he was alive, he was going to film the hurricane. So he went outside and got some shots of the hurricane approaching. That moment was when I knew not only did I want to be an actor, but I probably wanted to be a director too, which set me on a course to go to college [USC] to learn about that, because that kind of dedication is just remarkable.”

His current project “The Pacific” reunited him with his mentor Speilberg, and focuses on the Marine battles of the Pacific Isles like Peleliu, Guadalcanal, Okinawa and toll war takes on the young.  “It has changed my life again because I’ve transitioned from being a child actor to being an adult actor, and it’s opened up a whole new world for me,” he says. 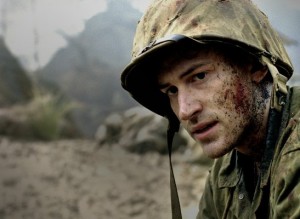 But just because he ‘d worked with Speilberg on Jurrasic didn’t guarantee the actor his transition role to adulthood acting.  Mazzello admits the audition process for “The Pacific” was the most arduous he has endured thus far in his career and that he auditioned 6 times for 3 different roles. “It was the usual [process], I went to a casting director, then the next audition was in front of one of the producers, then another for another producer and another.  Finally, the fifth audition I find out, ‘You’re going to audition for [producer] Steven Spielberg.’ Getting into a room with 20 people, HBO executives, PlayTone and Steven Spielberg.”  Producer Tom Hanks wasn’t able to be at the fifth audition so Mazzello had to try out yet again for him.  “I felt like I’d already been through boot camp. I started auditioning in October, and [the process] ended finally in April.”

Mazzello was taught patience by his parents (dance studio owners) and that not everything depends on whether Mazzello would win a given role.  “When I was in high school, my acting career took a backseat for me. I didn’t even have an agent for 3 years. I just took some time away from it. Again, it’s a credit to my parents, who raised me to feel like all these other things were just as important. So I never got that engrossed in the whole scene.  SAT’s, the Prom, girls and getting into college — that all meant a lot to me, so I focused on that.

Following high school, Mazzello went to USC film school.  “I learned about the other side of the camera and as I was doing it I was thinking, ‘You know, I don’t think I’m done with acting.’ It was something I always loved and made the decision: I’ve got to give this my whole heart now instead of just a half or a third of it.  When I was a kid, I was doing movie after movie. And when I came back, people said, ‘Oh, Joe Mazzello, that little kid.’ I said, ‘No, not exactly. I’m 23.’ I had to definitely reinvent myself a little bit and let people see me as an adult. I could still get into all the rooms I needed to get into because of my resume, but I had to still do it the old-fashioned way.”  Working with Spielberg again was always his ambition. ‘My fondest memories of ‘Jurassic Park’ are of him, so I felt it came full circle when I auditioned for ‘The Pacific’.” 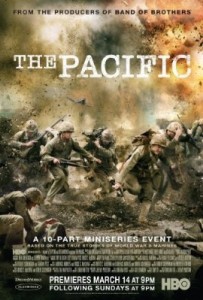