You are here:Home-THE HOLLYWOOD LIFE-Top Earning Hollywood Moms of 2008
Previous Next 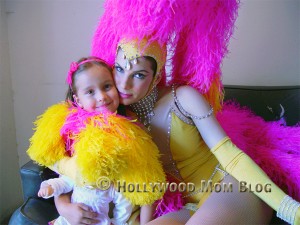 Forbes just released their choices for top 15 money-earners in the “Hollywood Mom” category – not “momagers” but the stars of film, stage, music and more.   As Step-mothers often are in life, Sandra Bullock and Gisele Bundchen, ($33 million) were completely overlooked on the Hollywood “Mom” list.   There are several powerful Hollywood Moms suspiciously missing from the list, like the biggest star of 2008 Tina Fey who earned $4.6 million, the comeback queen of 2008 Britney Spears at $2.25 million; and in the “Really??” category Mariska Hartigay earning a cool $7 million – really, who knew?.  And while we don’t have their published salaries for 2008,  one has to believe the cash cow that is Jennifer Lopez made at least what Forbes #15 Faith Hill did for selling off first rights for her twins’ photos. And where’s Kate Hudson ($14 million) on this list? Didn’t she make a film or two in 2008?