You are here:Home-THE BUZZ-TV’s Top Costumes On Exhibit NOW at FIDM Museum!
Previous Next

Free for the Family!  The 6th Annual costume Exhibition at the FIDM Museum salutes the work of 2012’s Primetime Emmy-Nominated Costume Designers and Costume Supervisors. – the perfect opportunity to show your aspiring star some of the best design work in Hollywood.

Including over 75 costumes from a variety of television genres, this year’s exhibition will be guest curated by Mary Rose, costume designer and current president of the Costume Designers Guild. Featured television shows include Boardwalk Empire, Downton Abbey, Game of Thrones, Once Upon a Time, Pan Am, Smash, Magic City and many more. 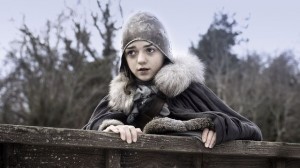 Young Maisie Williams plays Anya Stark in “Game of Thrones,” one of the TV shows in the FDIM Exhibit