Notice: fwrite(): write of 601 bytes failed with errno=122 Disk quota exceeded in /home/hollywo1/public_html/wp-content/plugins/wordfence/vendor/wordfence/wf-waf/src/lib/storage/file.php on line 43
 Where Should My Child Actor and I Live While in Los Angeles? | Hollywood Mom Blog Skip to content

Where Should My Child Actor and I Live While in Los Angeles?

You are here:Home-Housing & Rentals, Questions for HMB, THE BUZZ-Where Should My Child Actor and I Live While in Los Angeles?
Previous Next

Where Should My Child Actor and I Live While in Los Angeles?

Hello Hollywood Mom Blog, Where Should My Child Actor and I Live While in Los Angeles?

I am from Maryland and my son has been signed with Innovative Artists NY for a little over a year. He’s done three commercials, two national and a print ad for Coke. He’s also done a feature film, which he booked prior to being signed by Innovative.

We would like to eventually move to Los Angeles to [further] pursue his career, but just wanted some advice from a parents’ perspective because I read that [HMB contributing writer] Sibylla Nash moved with her child to Los Angeles. [My son’s] agent does not feel we should come out for pilot season or move unless he books something where we would have to come out.  I’ve read that until you have an extensive resume you should not move to Los Angeles. However, his agent has told me to think about moving to New York because we travel 3 hours each way whenever he has an audition. Any advice would be appreciated. 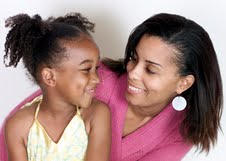 Unless you are independently wealthy or already have a job lined up, I would seriously advise against relocating to Los Angeles JUST to pursue your child’s career.  It creates a lot of pressure on the child to perform in an environment that is totally out of his/her control.  What happens if they don’t book anything?  Will you have to move back home? LA’s an expensive place to live, many adult actors have to have a side job so they can support themselves while auditioning because there are no guarantees in this business, until you have contract in hand.

As your son is already working, I would suggest staying in the Tri-State area and building his resume even more.  If there’s a tv/movie role right for him, your agent can always submit an audition on tape.  If they really want him, they’ll book him.

If you really want to move here though, I would recommend coming out for pilot season and staying a few months. Learn the lay of the land (and freeways) and develop a plan for a lengthier stay.  The Oakwood, an apartment complex known for housing many aspiring young actors [pictured below], has short-term leases and offers workshops for parents trying to get their kids in the business.  Best of luck to you with your decision! 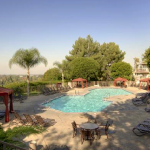 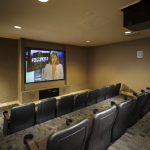 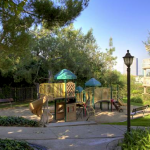