You are here:Home-CHILD ACTORS, Child Stars, In the News, THE BUZZ-WORLD PREMIERE: Disney’s 2011 Anthem “WE CAN CHANGE THE WORLD,” Music Video by Bridgit Mendler, Friday, June 10, 2011!
Previous Next 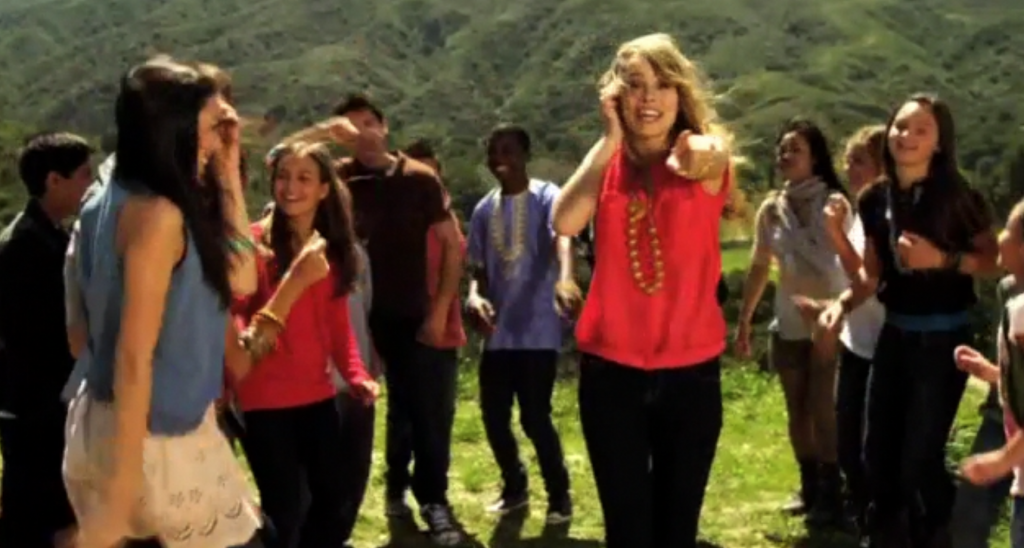 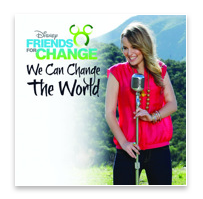 The song and video are designed to both entertain and inspire ways to initiate positive change. In the video, Mendler and kids from around the world along with Disney Channel stars Valeria Baroni (Argentina), Jorge Blanco (Mexico), Olavo Cavalheiro (Brazil), Nicole Ishida (Japan), Murtuza Kutianawala (India) and Eve Ottino (France), are featured.  Look for my own Child Actor, Jordan Bobbitt, to make her Disney music video debut in this as well!  The internationally themed video, directed by Art Spigel (“Disney Channel Games”), was shot entirely on location at Disney Golden Oak Ranch in Los Angeles, California.

Beginning Saturday, June 11, the song will be available on Disney.com/ProjectGreen and the iTunes video will be available – both of which coincide with a whopping $250,000 donation to Disney Worldwide Conservation Fund Benefiting Global Charities.

Disney’s Friends for Change is a multi-platform initiative that helps inspire kids and families to join together and make a positive impact on their world (and the people and animals that live there). Via PSAs on-air and online tool-kits, the program aims to provide useful information to help kids make small changes that add up to big differences.  As part of the program, Disney is donating $1 million dollars annually to fund projects all around the globe and has funded over 41 projects that help the planet ranging from educational & community programs to species & habitat protection. 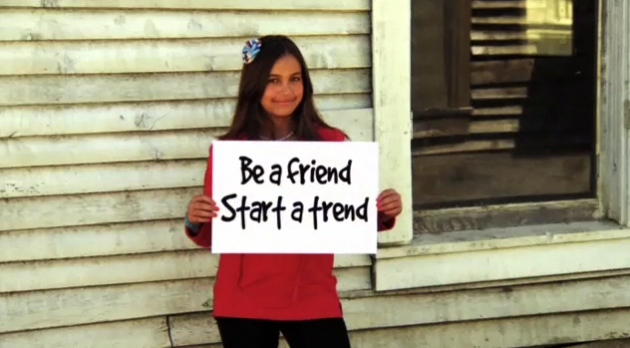 "We Can Change the World" Music Video features children from around the world promoting change. This picture features HMB's own Jordan Bobbitt.